From the archives: A rousing launch for the Weekend to End Breast Cancer 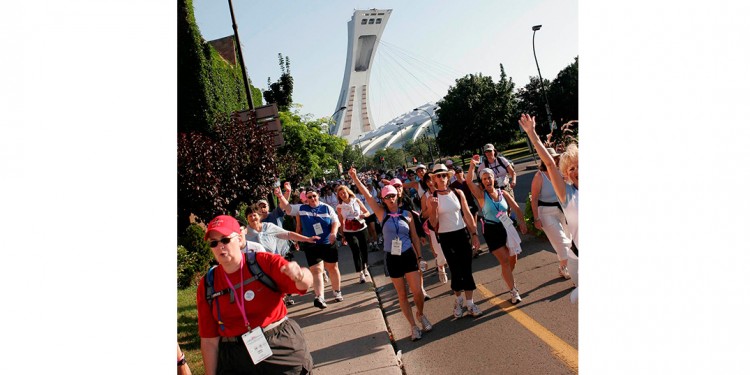 After many months of painstaking planning, diligent training and tireless fund‑raising, approximately 3,011 people streamed through the streets of Montreal on August 27 and 28, 2005, in the first Weekend to End Breast Cancer. Their rousing and emotional 60-kilometre walk gave a major boost to the treatment and prevention of breast cancer at the Segal Cancer Centre at the JGH.

The Weekend was the largest event of its kind to be held in Montreal, raising approximately $9.2 million. By the time the final walk took place in August 2015, a total of more than $58 million had been raised in what, by then, had been renamed the Pharmaprix Weekend to End Women’s Cancers.