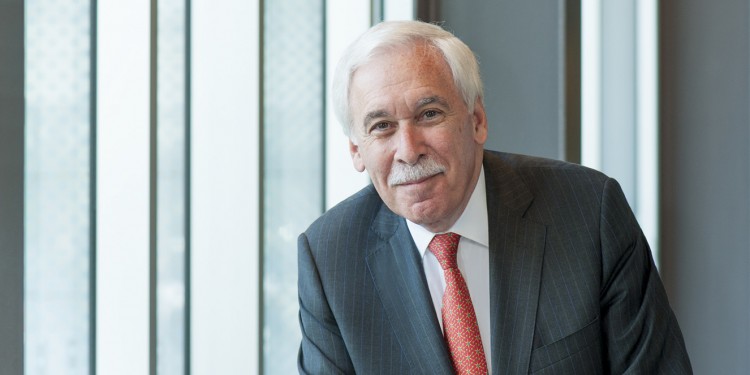 Allen Rubin, President of the JGH Board of Governors

“My most rewarding activity since I became involved in charitable work”

In 2001, life took an unexpected turn for Allen Rubin. For well over a decade, he had found great satisfaction in raising funds and sitting on the boards of various local organizations and institutions. But the moment his participation in the JGH began, he knew he had arrived somewhere special.

“It didn’t take me long to become very, very involved,” says Mr. Rubin, the newly elected President of the JGH Board of Directors. “I was extremely impressed by the entire team—their dedication, their spirit, their drive for excellence. I also liked knowing I was helping people in great need. This was the place for me. This has probably been my most rewarding activity since I became involved in charitable work.”

Having earned an MBA at the Wharton School in Philadelphia in the early 1970s, Mr. Rubin entered his family’s office equipment business in Montreal. However, after developing an interest in the emerging field of word processing, he became a branch manager for Unisys in New York, and then returned to Montreal in the early ’80s to work for Philips. In 1984, he joined Reitmans (Canada) Ltd. and currently serves as Vice-President of Operations.

The 1980s was also when Mr. Rubin began devoting himself to charitable pursuits, most notably at the Canadian Associates of Ben Gurion University of the Negev and at the Israel Cancer Research Fund. In addition, he had been heavily involved in Federation CJA, spending five years as Chair of its Entrepreneurs Division.

Mr. Rubin’s arrival at the JGH stemmed from an invitation by James Alexander—then the Foundation’s Chair, later the hospital’s President. Rising through the ranks of the Foundation, Mr. Rubin became its Secretary and Vice-President, and then served as Chair from 2011 to 2013. His wife, Sarah, is also active at the JGH on the Users’ and Humanization of Care Committees, as well as sitting on the boards of other institutions and having been Campaign Chair of the Women’s Division of Federation CJA.

As he begins his term, Mr. Rubin says he is aware of the need for fiscal responsibility. “What we have to do is get all of our oars in the water and row together to find a solution that benefits everybody.”

Mr. Rubin says he is also gratified by the Board’s confidence in him. “Some extremely talented people have been President before me, which gives me great examples to follow. The JGH is one of the pillars of our community and to be President of one of those pillars is a tremendous honour.”

Appointees to the Board West-Central Montreal Health