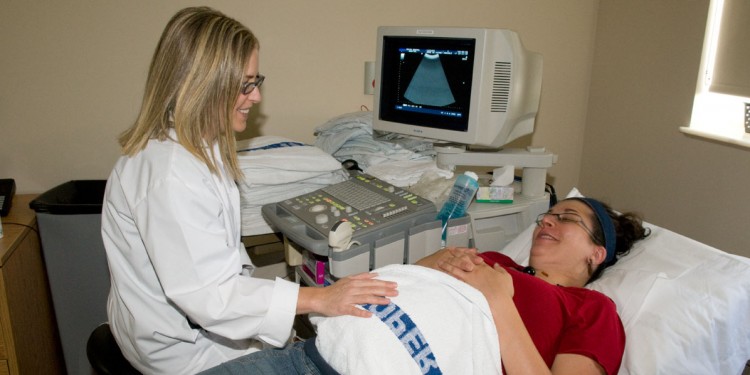 Dr. Roberta Shear with a patient.

Dr. Shear has also been extensively involved in training students, residents and fellows, and she is a long-time examiner for the Royal College of Medicine. She has also been involved in several multidisciplinary committees related to obstetrical care.

Dr. Gerald Batist has been re-appointed Chief of the JGH Department of Oncology for a third term. The hospital’s Search and Selection Committee noted that the department has “flourished under Dr. Batist’s tenure,” having secured a national and international reputation for clinical care and for fundamental and translational research.

Dr. Batist, a medical oncologist and molecular pharmacologist, conducts research that focuses on novel drug development and therapeutic resistance. He is Director of the Segal Cancer Centre at the JGH, and Deputy Director and leader of the Cancer Axis at the Lady Davis Institute at the JGH. He is also a tenured Professor of Oncology at McGill University, where he served as Chair of Oncology for 10 years.

At the JGH, Dr. Casacalenda has twice received the Henry Kravitz Award for Best Teacher in training psychiatry and family medicine residents. He is also Director of the Collaborative Mental Health Program, and he serves as a consultant to the Goldman Herzl Family Practice Centre.

Dr. Casacalenda is a three-time recipient of the McGill Psychiatry Residents’ Association Award for Best Teacher. In 2011, he was named to the McGill Faculty Honour List for Educational Excellence, and in 2013, he received the Award for Excellence in Education from the Association of Chairs of Psychiatry of Canada.