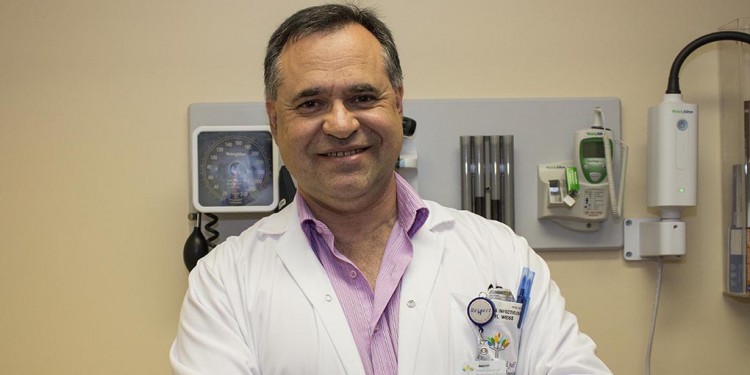 Dr. Karl Weiss has been appointed Chief of the Division of Infectious Diseases, having joined the JGH as an associate member of staff in 2004 and served on full-time staff since 2016.

Dr. Weiss earned his medical degree in 1989 from the University of Montreal, where he later completed post-graduate training in microbiology and infectious diseases, as well as obtaining a Master’s degree in clinical epidemiology. He joined the Division of Microbiology and Infectiology at the Maisonneuve-Rosemont Hospital in 1994 and has served as head of that division since 2012. At the University of Montreal, he became a full professor in 2009.

As a teacher and researcher, Dr. Weiss has had more than 50 industry-sponsored clinical research studies and several research projects funded by major government agencies. He has published 127 articles in peer-reviewed journals and is a regularly invited speaker in Quebec, elsewhere in Canada and abroad.  He has been President of the Association of Medical Microbiology and Infectious Diseases of Quebec since 2014.