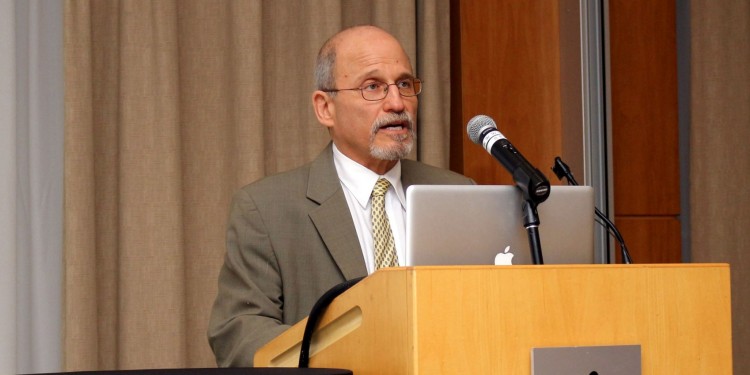 The type of euthanasia that is permissible under Quebec’s Bill 52 could be avoided in many, if not most, cases if more terminally ill patients had access to high-quality palliative care, says a family physician with extensive experience in palliative care.

Dr. Michael Dworkind, who was instrumental in establishing the JGH Division of Palliative Care, said at a symposium on Jewish medical ethics that if the objective is to prevent needless suffering and to die with dignity, the solution is not euthanasia, but palliative care that can minimize or even eliminate pain and suffering.

Dr. Dworkind said one of the key problems with the legislation, which was passed last year and takes effect at the end of 2015, is that “the fast track is often much easier than a long-term commitment to holistic, comprehensive palliative care.

“One of the most powerful arguments against what proponents of physician-assisted death call ‘the right to die’ is the ease with which the right to die can be transmuted into the duty to die, particularly if one is led to believe that he or she is a burden to family or to society. Doctor‑assisted death isn’t liberalism—it’s nihilism.”

More than 100 doctors, nurses, allied healthcare professionals and lawyers attended the day-long symposium on June 10 at the Gelber Conference Centre, organized by Rabbi Raphael Afilalo, JGH Chief of Pastoral Services. The opinions expressed by the lecturers were their own and do not reflect the policies or position of the JGH.

Several speakers acknowledged that Bill 52 tries to ensure that euthanasia will be performed for good reason and will occur only if certain conditions are met. However, Me Gordon Kugler, of Kugler Kandestin SENCRL/LLP, noted that the legislation leaves many dilemmas unresolved. For example, he said, even though the patient must freely request euthanasia, what happens if that person is privately under great pressure from a relative to opt for suicide?

Dr. Eli Segal, of the JGH Emergency Department, said he is relieved that the legislation does not obligate doctors to participate in euthanasia. He added that he believes palliative care remains “a good solution for a terrible situation, and it’s a better solution than euthanasia. But you know what? I’ve never been faced with it before. That’s my stance now, but maybe it’ll change one day if I’m in that situation.”

The urgent need to preserve the sanctity of life and the importance of providing palliative care to alleviate suffering were emphasized by Rabbi Afilalo and by Father Aimé M. Kanyabuzige, a Catholic priest who provides pastoral care at the JGH.

Rabbi Afilalo said that based on reliable data on the internet, he has calculated that more than 2.4 million people would be put to death each year if the world’s 50 most populous countries adopted euthanasia policies similar to those of Holland, the first country to legalize the practice in 2000. He noted that as many as 1,000 Dutch citizens are now euthanized each year without their express consent.

In opposing euthanasia, “we cannot be shy and we cannot be polite,” Rabbi Afilalo said. “Sometimes it is wrong to be politically correct.”