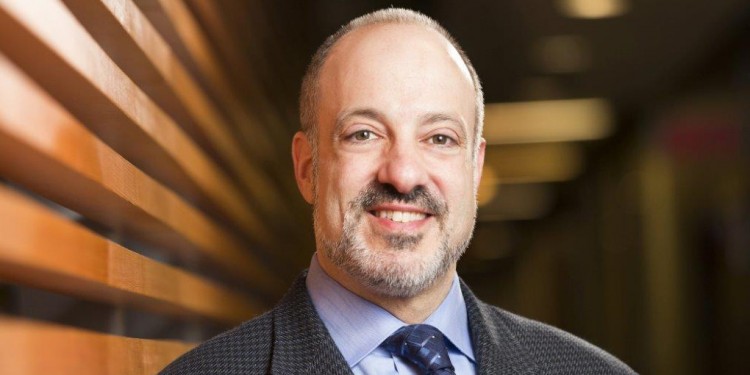 Bram Freedman, a senior administrator for fund-raising at Concordia University, has been chosen to succeed Myer Bick, who is retiring after 17 years as President and CEO of the JGH Foundation.

Mr. Bick, who joined the Foundation in 2001, will continue in his current role until August 6, but will stay on in an advisory capacity for several months while Mr. Freedman settles in.

The appointment was welcomed by Edward Wiltzer, Chair of the Foundation’s Board of Directors, who praised Mr. Freedman for his “proven management skills and a strong fundraising background in the public sector.

“He has been an active volunteer in the healthcare sector for two decades. His proven track-record and leadership style equip him well for the challenges ahead. I am confident that Bram is the right person to lead us to even greater success.”

Interestingly, Mr. Freedman’s grandfather was the founding JGH Chief of Oto-laryngology in 1934. His father, Dr. Samuel O. Freedman, the former Dean of McGill University’s Faculty of Medicine, served as Director of Research in the Lady Davis Institute at the JGH from 1991 to 2000.

Mr. Wiltzer also thanked Mr. Bick for his “tireless and motivated leadership. We are deeply grateful to Myer for his innumerable contributions to the Foundation’s success and growth, and the development of the hospital.

“He is regarded as a leader by his peers in the philanthropic sector. The Foundation’s external stature, as well as operating performance, have benefited immensely from his leadership and guidance.”

Mr. Bick arrived at the Foundation in 2001 after a distinguished career in community service and as a senior executive in the real estate industry. At the JGH, he soon established a $200 million goal for a fundraising campaign—quadruple the previous objective—which was eventually met, followed by another campaign for $250 million.

“I am humbled and excited by this opportunity. I am thrilled to be joining the JGH Foundation and leading this great organization which Myer has built.”

Mr. Bick has also lent his expertise to several major organizations as a member of the Board of Directors of the Association of Foundations of Quebec Healthcare Establishments, the Segal Centre for the Performing Arts, the Azrieli Foundation and Tel Aviv University, among others.

Mr. Freedman, a lawyer by training, began his career at Concordia University in 1992 as Assistant Legal Counsel, rising to the position of Assistant Secretary-General and General Counsel. After leaving the university in 2003, he joined Federation Combined Jewish Appeal as Chief Operating Officer and Director of External Relations.

“I am humbled and excited by this opportunity,” Mr. Freedman said. “I am thrilled to be joining the JGH Foundation and leading this great organization which Myer has built, along with his team of talented and dedicated professionals and exceptional volunteer leadership.”

Speaking fondly of his time at the Foundation, Mr. Bick said he was “proud to have played a role, together with my colleagues and devoted volunteer leaders, in advancing this exceptional institution.

“I am pleased to pass the torch to Bram, whom I have known for years. I have every confidence that he will lead the Foundation into the future to ensure that this world-class hospital and research institution has the resources to continue its long tradition of medical excellence benefiting the people of Quebec.”