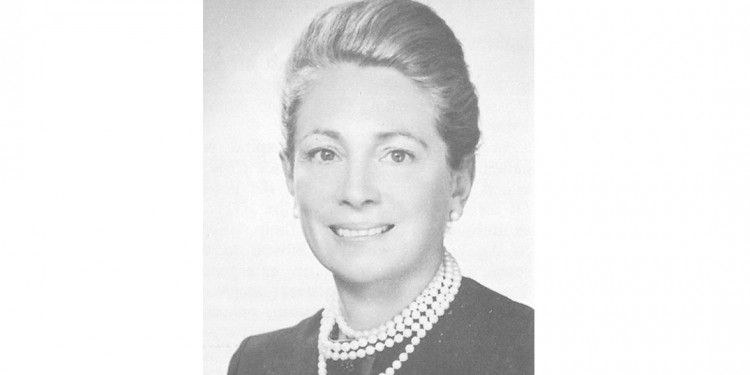 The JGH made national healthcare history in February 1973 with the appointment of Kathleen Margaret (“Peggy”) Lahaie as what is believed to be the first patient representative (ombudsman) in a Canadian hospital. Her salary was initially subsidized by the JGH Women’s Auxiliary, now known as the JGH Auxiliary.

In making the announcement, Dr. Jacob Buchbinder said that Mrs. Lahaie “will be accessible to all patients in the Hospital, to hear whatever comments they may have to make in respect to the care received here. Necessary steps will then be taken, as required, and the patients kept informed.”

In an interview several months after her appointment, Mrs. Lahaie said that in addition to looking into complaints and conducting surveys about the quality of care, she often met with patients simply to offer words of solace and compassion in moments of stress during hospitalization.

Previously, Mrs. Lahaie had been Public Relations Director of Montreal’s Windsor Hotel. She was married to Brigadier General Marc Lahaie and was the mother of three.

Developmental abnormalities in the brain offer clue to schizophrenia