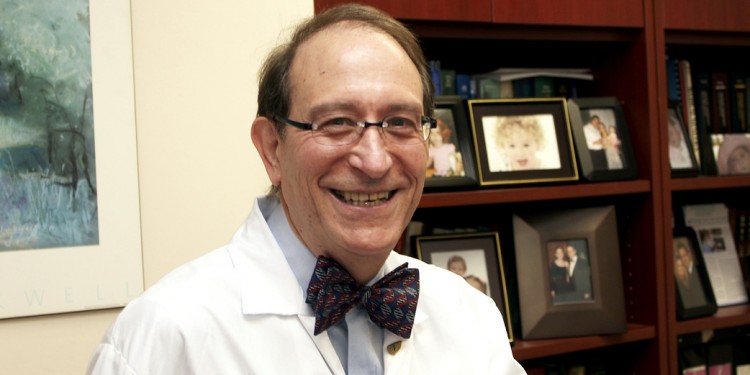 Dr. David Rosenblatt, JGH Chief of Medical Genetics, has received the 2018 Founders’Award for Career Achievement from the Canadian College of Medical Geneticists. The award was presented on June 11 at the College’s Annual Scientific Conference in Harrison Hot Spring, B.C.

The award was described as “a great honour” by Dr. Rosenblatt, who is a Professor at McGill University in the Departments of Human Genetics, Medicine, Pediatrics and Biology. He also holds the Dodd Q. Chu and Family Chair in Medical Genetics at McGill.

In making its announcement, the College noted that Dr. Rosenblatt’s distinguished career encompasses medical practice, research, teaching, administration and scholarly activity. He has also raised awareness about medical genetics across Quebec and throughout Canada.

Dr. Rosenblatt was Chair of McGill’s Department of Human Genetics from 2001 to 2013. He has also served as President of the Society for Inherited Metabolic Disorders, the Canadian Society for Clinical Investigation, and the Association of Medical Geneticists of Quebec. He is a Fellow of the Canadian Academy of Health Sciences and Correspondant étranger of France’s National Academy of Medicne.