Clearing the air about Bill 10 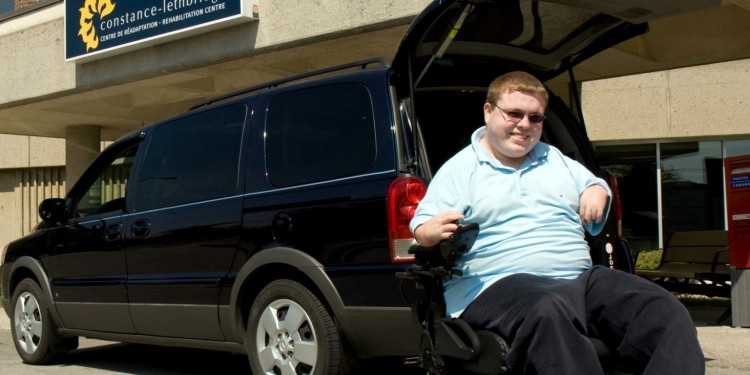 A client arrives at the Constance-Lethbridge Rehabilitation Centre in a minivan that he owns and drives. The vehicle was adapted to his needs, based on an assessment by the team in the Driving Evaluation and Vehicle Adaptation Program at Constance-Lethbridge, which is now in the same west-central healthcare network as the JGH.

Change is difficult at the best of times. And when it involves the most extensive overhaul of Quebec’s healthcare system in recent memory, it’s hardly surprising that Bill 10 has left some frayed nerves in its wake.

That’s why JGH leaders are suggesting that those with a connection to the hospital take a calm, clear-eyed look at the new legislation. Although its objectives and overall strategy are the same as what was proposed in Bill 10 last fall, the government has made significant amendments in enacting the law that took effect on April 1.

A mother-to-be is checked at CSSS Cavendish, located in the new west-central healthcare network to which the JGH now belongs. Photo: Marc-Andre Paillé, Mae Photographe

Ultimately, the government intends to improve the continuum of care, broaden access, reduce the fragmentation and duplication of care, and ensure accountability by restructuring the healthcare system. Not only will these improvements benefit patients, they will result in cost-savings in health care.

Also on the horizon is a multitude of administrative changes. But as far as patients, donors, volunteers and other stakeholders are concerned, here’s the practical effect that Bill 10 is expected to have on the JGH:

“The basic mission of the hospital and its academic mission are safe, sound and unchanged,” says Allen Rubin, who served as JGH President until March 31. He notes that valid criticism of Bill 10 was raised last fall, since the proposed legislation did not go far enough to protect the linguistic status and other aspects of the character of Quebec’s healthcare institutions.

In the JGH Division of Radiation Oncology, Howard Krosnick chats with Radiation Technologist Michelle Baggio about his experiences as a patient.

“We very much appreciate that the Ministry of Health and Social Services listened to the various groups and took action where appropriate,” Mr. Rubin says. “We look forward to working with the government to make the healthcare system more patient-centric, more efficient and less costly.”

A major change is the elimination of the boards of directors in all of Quebec’s healthcare institutions. In their place will be a single board for each new healthcare region—known as a CIUSSS, a Centre intégré universitaire de santé et de services sociaux, or integrated university centre for health and social services.

Dr. Rosenberg says that although there will be no board of directors at the JGH, an Advisory Committee and Board of Governors will be in place, with responsibilities that include “ensuring the hospital’s linguistic and cultural heritage, and the academic mission of the institution.

“These bodies will also prioritize how to spend the money that the hospital receives from the Foundation, and they will be the JGH’s interface with the Lady Davis Institute and, to a certain extent, with the Faculty of Medicine at McGill University. The Advisory Committee will not establish policy per se, but it will send policy recommendations to the board of the CIUSSS.”

“From our point of view, it’s business as usual for the JGH Foundation and the hospital,” says Myer Bick, the Foundation’s President and CEO. “It is clear in the legislation and in numerous statements from the Minister that foundations are not, in the least bit, affected by the new law or by the various changes.

“Foundations remain independent, and our particular foundation is a federally chartered entity with its own board of directors and its own legal standing. It will continue to fund the Jewish General Hospital, and the JGH will remain a major, critical player in delivering healthcare services to the people of Montreal.”

Mr. Rubin adds, “Now that the legislation enshrines the protections that we and other institution requested, we have good reason to be confident about the future of the JGH.”