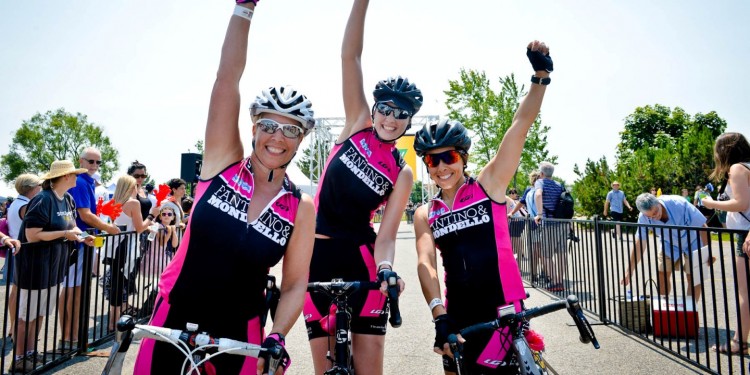 Throughout the year, the JGH Foundation hosts or benefits from a wide variety of events that call upon all of us to support initiatives that empower the Jewish General Hospital. This enables the JGH to save lives, improve patients’ quality of life and provide the most vulnerable members of society with the care they need.

11th Gloria’s Girls – A Night at the Theatre: Love, Loss and What I Wore
March 31, 2015 – The Centaur Theatre
Raised $16,000 for the Gloria Shapiro Endowment Fund for Ovarian Cancer

23rd Annual McGill Head and Neck Cancer Fundraiser
May 7, 2015 – Le Windsor
Raised $700,000 for a Voice Recognition System for the Department of Otolaryngology

The event honoured the families (Martin, Alan and Jeffrey Schwartz and Jeff Segel) of Dorel, the world’s largest producer of car seats and juvenile furniture.

The marquee event raised over $1 million, thanks to the extraordinary commitment and hard work of the honourees, the organizing committee and the many people and institutions who demonstrated their respect and admiration for the families of Dorel.

Since its inception, the Golf Classic has raised over $18 million to improve the medical care, life expectancy and quality of life of the people of Montreal, Quebec and beyond.

MC’ed by Tony Marinaro, TSN690 Montreal Sports Radio host and MINDSTRONG Honourary President, this unique fitness and fundraising event had more than 250 men and women—from 18 to well into their 60s—sweating, stretching and lunging through five energizing hours of exercise, including yoga, zumba, tai chi, boot camp, spinning and high intensity interval training, all for a great cause.

CIBC MINDSTRONG raised a fabulous $530,000 net from gross proceeds of $550,000. This represents a fundraising cost ratio of less than 5 per cent, one of the most cost-efficient fundraising events in Montreal this year. No other event in Quebec has raised awareness and resources for mental health on this scale.

Proceeds from CIBC MINDSTRONG will benefit the expansion of mental health programs for young people between the ages of 15 and 25 at the JGH Department of Psychiatry, led by Dr. Karl Looper.

These funds are supporting four major projects to:

The Ride saw 1,347 cyclists from across the province raise over $4.9 million for the Jewish General Hospital in their annual trek from Montreal to Quebec City this past July 11 and 12.

Spirits (and temperatures) were high as the participants cycled through the picturesque Quebec countryside, supported by hundreds of volunteers and well-wishers along the route.

Funds raised through Quebec’s largest cycling fundraiser support vital cancer research, treatment, care and prevention programs at the JGH and its partners across Quebec. Registration for the 2016 Enbridge Ride to Conquer Cancer is now open at conquercancer.ca.

Quebec’s largest multi-day walk for women’s cancers drew 1,100 walkers, crew and volunteers in its 11th edition this past August 22 and 23.

Collectively, participants raised more than $2.2 million to support life-saving research, treatment, care and prevention programs for breast and gynecologic cancers at the JGH’s Segal Cancer Centre. Over the course of two days, walkers visited various neighbourhoods across Montreal, stopped in at the JGH itself and celebrated their accomplishments along the way.

The JGH has also announced that this was the last edition of the Weekend to End Women’s Cancers. In 2016, the event will be rebranded and broadened in scope to allow walkers to support research for all types of cancers. Starting next year, the event—the OneWalk to Conquer Cancer—will be a one-day, 25-kilometre walk. Registration is now open at onewalk.ca.

14th Annual HSBC Bank Canada Golf Tournament
August 31, 2015 – Club Laval-sur-le-Lac
Raised $155,000 net for the Adolescent and Young Adult Oncology Program at the JGH and for ENSEMBLE for the respect of diversity

It is immensely gratifying to know that together we can accomplish great things to help people throughout Montreal and Quebec for many years to come.

To support any of the events and/or initiatives described in these pages, please contact the JGH Foundation at 514-340-8251. Donations can also be made at jghfoundation.org.

If you are interested in organizing a fundraising event, please contact Mary Etzitian, Coordinator, Third Party Events, at 514-340-8222, ext. 3986.

Thank you for making a difference!

Spreading smiles, good will and chocolates for Christmas