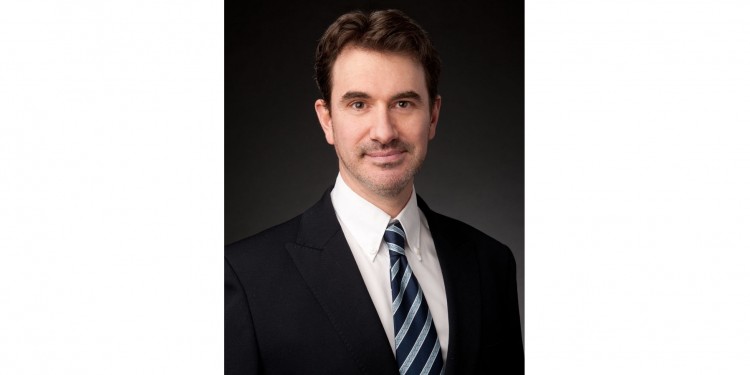 Full professorship for Chief of Cardiology

Dr. Lawrence Rudski, JGH Chief of Cardiology, has been promoted to full professor at McGill University. A nationally and internationally recognized leader in echocardiography, Dr. Rudski has been on staff at the JGH since 1999 and has extensive experience as a clinician, teacher, administrator and scientist.

Career honour for Chief of Pediatrics and Neonatology

The Hellenic Board of Trade of Metropolitan Montreal has honoured Dr. Apostolos Papageorgiou, JGH Chief of Pediatrics and Neonatology, for his outstanding service to Canadian and international medicine.

Dr. Papageorgiou, who is also Professor of Pediatrics, Obstetrics and Gynecology at McGill University, received the DEKA Award at the Windsor Hotel in May. At the ceremony, he was given letters of congratulation from Prime Minister Stephen Harper, Premier Philippe Couillard, Senate Speaker Pierre Claude Nolin, and Mayor Denis Coderre.

Fellowship for physician in Internal Medicine

Dr. Beth-Ann Cummings, of the JGH Division of Internal Medicine, has been awarded the W. Dale Dauphinee Fellowship by the Medical Council of Canada. The one-year fellowship enables medical educators to study or gain experience in applying new knowledge or techniques, or in furthering a project related to the assessment of physician knowledge, skills, behaviours and attitudes relevant to the effective practice of medicine.

Welcome to the Hall of Fame

Congratulations to the JGH’s world-class marathon runner, Dr. Tina Kader, of the Division of Endocrinology, who was inducted into the Hall of Fame of the Westbury YM-YWHA in June. Dr. Kader has participated in numerous events, including the Ironman Triathlon in Rome and Lake Placid, N.Y, as well as the New York Marathon, with funds raised in support of the Canadian Diabetes Association.

Marc Renaud receives the Order of Merit of the City of Boucherville from Mayor Jean Martel (right), in the company of his wife, Diane Brousseau, and Montarville MNA Nathalie Roy.

The Order of Merit of the City of Boucherville has been bestowed upon Marc Renaud, an Ophthalmic Technician in the JGH Department of Ophthalmology, and Project Manager of the McGill Glaucoma Information Centre.

The award was presented in June in recognition of Mr. Renaud’s many years of dedication in raising public awareness about the dangers of glaucoma locally and around the world. The illness can strike without prior symptoms and is the second most common cause of blindness globally, even though it can be controlled.

A letter from the City of Boucherville states that the Order of Merit “honours the devotion and involvement of outstanding individuals who, on their own or in a group, have distinguished the municipality or contributed to the well-being of the community on a local, regional, national or international level.”

Among his other honours, Mr. Renaud is the recipient of the 2014 JGH Award of Excellence among Allied Health Professionals. For more about him, please read his autobiographical article [MULTIMEDIA NOTE: Link the last two words to the appropriate page] on the First Person Singular page of this issue of JGH News.