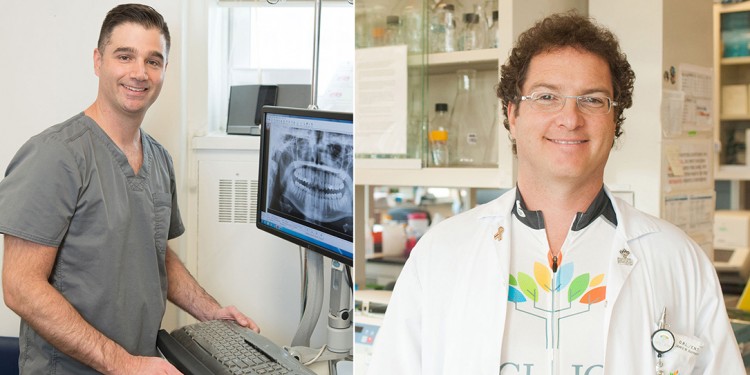 Since the JGH is a teaching hospital, you’re bound to see medical students accompanying doctors on their rounds from bed to bed. But look a little closer. Don’t some of those trainees seem awfully young? Could they actually be…teenagers?

Indeed they are, but they’re not really medical students—just high school students getting a behind-the-scenes peek at what day-to-day life is actually like in a major hospital.

They’re participants in The Auxiliary’s Hospital Opportunity Program for Students (HOPS), and their experiences at the JGH might just steer them toward a career in medicine, nursing, research or a related profession.

The program accepts students who have shown an interest in the health sciences and, during their participation in HOPS, can maintain high grades and make up any missed tests or other school assignments.

HOPS was established in 1973 as a way of demystifying the medical profession, making the JGH seem friendlier and more accessible, and giving students a valuable opportunity to be on-the-spot observers.

The program, operated in conjunction with the English Montreal School Board and several Jewish day schools, generally accepts at least 50 students a year for two six-week rotations.

Recently, The Auxiliary touched base with some of its HOPS “graduates” to see what they’ve been doing since their time at the JGH. Included below is the name of each person’s high school and the year they participated in HOPS.