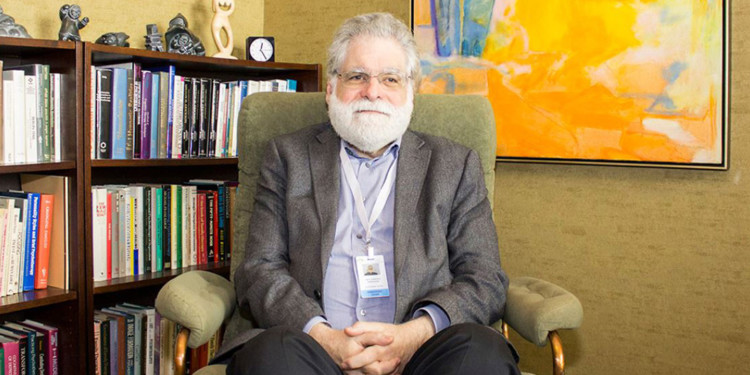 Dr. Laurence Kirmayer, Director of the Culture and Mental Health Research Unit in the Institute of Community and Family Psychiatry at the JGH, has been honoured with two major awards.

The American Family Therapy Academy (AFTA) has bestowed on Dr. Kirmayer the 2020 Award for Distinguished Contributions to Family Systems Research. The American Psychiatric Association (APA) has also presented him with the 2021 Judd Marmor Award for advancing the bio-psychosocial model.

Dr. Kirmayer conducts research on culturally responsive mental health services, the mental health of indigenous peoples, the integration of culture in global mental health, and the anthropology and philosophy of psychiatry.

His publications include over 300 articles and book chapters as well as multiple co-edited volumes. He is a James McGill Professor of Psychiatry at McGill University and a Fellow of the Canadian Academy of Health Sciences and the Royal Society of Canada (Academy of Social Sciences).

“I am deeply honored to receive the 2020 AFTA Distinguished Contribution to Family Systems Research Award,” Dr. Kirmayer says. “This recognition from AFTA is especially meaningful to me because family theory and therapy have been central to my thinking over the whole span of my career.

“I have always held that family theory and therapy provide the most natural path to cultural psychiatry. The research that my colleagues and I have done on cultural consultation often hinges on understanding family systems.

“My ongoing work on mental health promotion for indigenous youth brings family and cultural perspectives together to support communities in building local culturally adapted versions of a family-centred program.

“In short, this recognition from AFTA, an association dedicated to the advancement of family therapy, affirms a shared vision of a truly integrative, ecosocial approach to mental health that recognizes the ways we are constituted by family, culture and community.”

The Judd Marmor Award was established to honour a distinguished member of the psychiatry field who has contributed to advancing the bio-psychosocial model. It argues that biological, psychological and social factors all play a critical role in the development and manifestation of disease.

The APA’s Committee on Research Awards grants the award to individuals who have made significant contributions to understanding the multiple elements involved in mental health and illness.

The Marmor Award includes an opportunity to deliver a lecture at the APA’s Annual Meeting, which Dr. Kirmayer will do next year.