Electric cars get jolts from the JGH’s volts 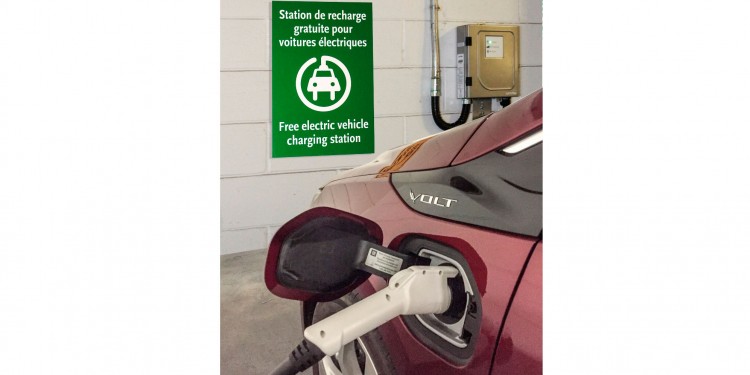 he JGH has plugged into the future of transportation, with the installation this past summer of four free charging stations for electric vehicles. Two of the stations in the underground parking lot of Pavilion K are available to visitors on the K5 level, while the other two on K4 are for staff use. Sites for additional stations are being considered.

This makes the JGH the second facility in West-Central Montreal Health to add charging stations to its parking area. The first, in 2014, was the Benny Farm CLSC, where the installation of two stations helped the CLSC to earn Leed Diamond certification for having met advanced environmental standards that are internationally recognized.

Making charging stations available to the public is part of the provincial government’s plan to reduce greenhouse gases by boosting the number of electric or hybrid vehicles to 100,000 in Quebec by 2020. It has been estimated that the transportation sector is responsible for 40 per cent of the greenhouse gas emissions in the province.

The stations can be viewed by using the PlugShare and ChargeHub apps.

Trying to understand the higher likelihood of depression in girls