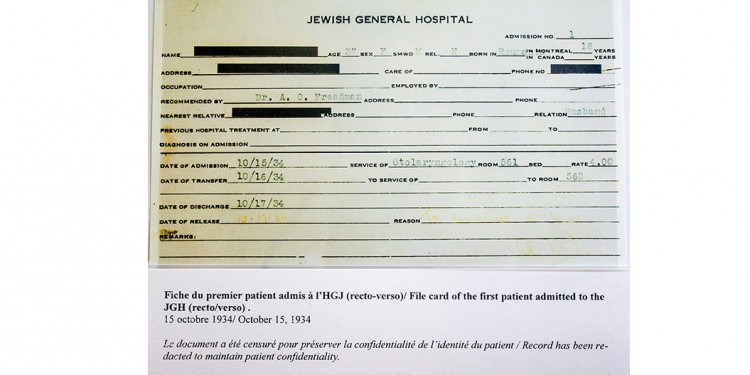 On October 15, 1934, one week after the JGH officially opened, Dr. A. O. Freedman—grandfather of the Foundation’s current President and CEO, Bram Freedman—admitted the first  patient to the hospital.

According to materials in the JGH Archives, the married, 37-year-old woman (whose identifying information has been blacked out in the above photo) was born in Romania and had been living in Montreal for 18 years. She was admitted through the Department of Otolaryngology and was hospitalized for two days.