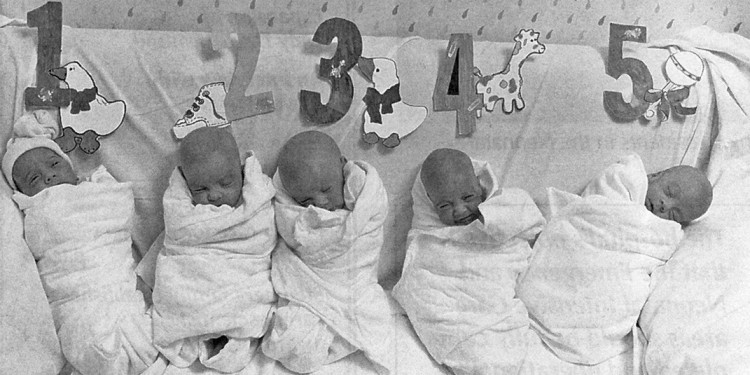 The JGH made headlines across the continent and as far as Europe in 1992, when the hospital became the first in Quebec where quintuplets were born. The two girls (Zeina and Tina) and three boys (Joe, Jad and Rami), born 10 weeks premature, each weighed between 1.13 and 1.63 kilograms.

They were delivered by Dr. Arvind Joshi, who was Chief of Obstetrics and Gynecology at St. Mary’s Hospital and part of the JGH high-risk team. Dr. Apostolos Papageorgiou, JGH Chief of Pediatrics, supervised the babies’ care in the Neonatal Intensive Care Unit for two months. Both doctors called this event a highlight of their careers.