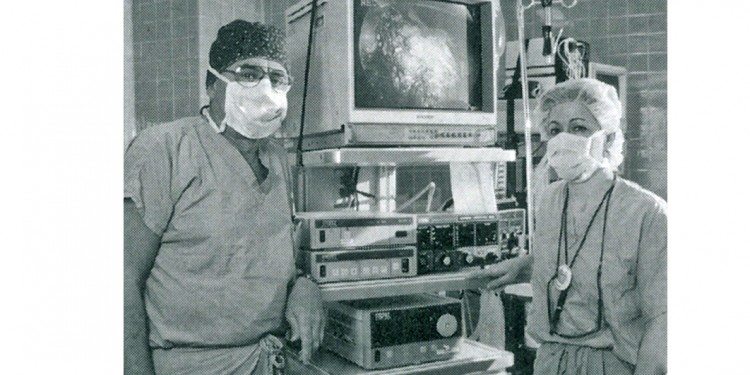 In 1999, the JGH became the first hospital in Quebec to open a specially designed and equipped operating room to be used specifically for minimally invasive surgery. The facility was launched through the persistence of Dr. Jacob Garzon and the generosity of a donor who wished to remain anonymous.

As its name implies, this type of surgery, also known as laparoscopic surgery, is much less invasive than traditional open surgery. The procedure involves making a few small holes rather than a large incision, and introducing a scope attached to a camera which allows the surgeon to view the surgery on screen. Other instruments are then introduced as needed.

“In the next ten years, 90 per cent of surgery will be done this way,” Dr. Garzon predicted. “That’s why it was so important for our hospital to remain at the forefront of medical excellence and to provide our patients with the most up-to-date care available.”