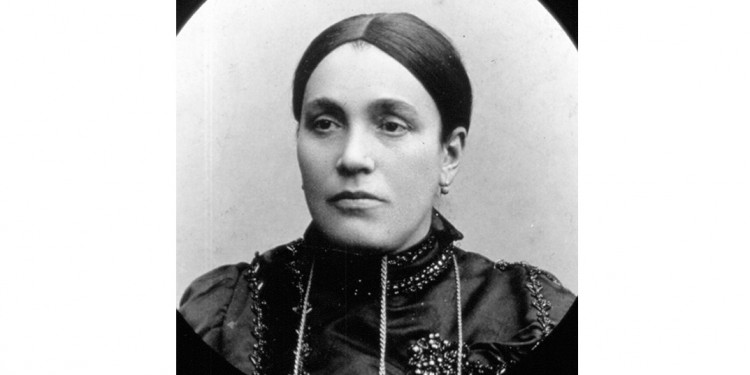 Only the modest, self-effacing personality of Taube Kaplan kept her from being prominently celebrated during her lifetime as a “rank-and-file” founder of the Jewish General Hospital. Today she is remembered as one of the JGH’s earliest and most important grass-roots fundraisers, as well as a supporter of the medical clinics that preceded the hospital.

Mrs. Kaplan and her working-class family lived on Cadieux Street (since renamed de Bullion Street), where she supplemented her husband’s meager income by tutoring boys in Hebrew and religious studies.

Despite the dire financial situation, Mrs. Kaplan believed her life’s mission was to help create and expand medical facilities for Montreal’s Jews. This led her to become one of the principal fundraisers for the Herzl Dispensary, which opened in 1912 and served as a forerunner of the Jewish General Hospital.

After the launch of the Dispensary, Mrs. Kaplan saw a need for major improvements in obstetrical care. So she embarked on a personal campaign to establish a maternity hospital by going from house to house—even in the poorest Jewish neighbourhoods—to collect pennies, nickels and dimes from anyone with anything to spare.
After years of tramping through the streets at all hours of the day and night, and in all types of weather, she managed to raise $7,000, which was used to make the first payment on a house. Her efforts inspired other, more affluent donors to provide further support to transform that house into the Hebrew Maternity Hospital of Montreal, which opened in November 1916.

In the 1920s, Mrs. Kaplan became convinced that only a general hospital could meet the special needs of Montreal’s Jews. Once again, she began collecting coins which were later added to the funds that rolled in with the launch of the 1929 construction campaign for the Jewish General Hospital.

When the hospital opened, Allan Bronfman, the founding JGH President, offered to name one of the wards after Mrs. Kaplan, but she refused the honour. She entered the Montreal Hebrew Old People’s and Sheltering Home in 1938 and died there in quiet near-anonymity two years later.