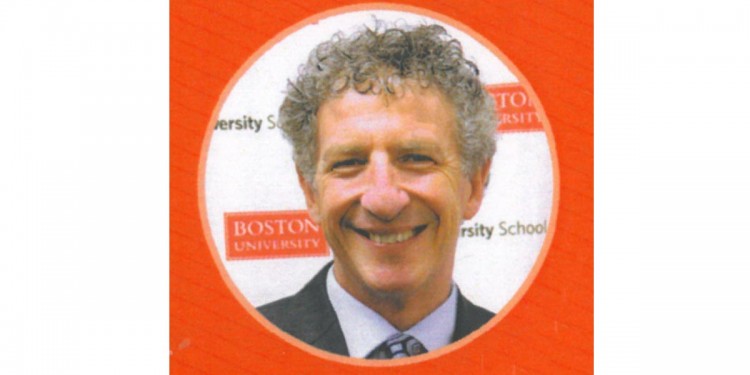 The age of 90 (give or take a year) seems to be a watershed time of life, when genes begin to play an increasingly important role in enabling some people to live to 100 or beyond, says a U.S. expert on the extremely elderly.

In a public lecture at the JGH, Dr. Thomas T. Perls, Director of the New England Centenarian Study at the Boston Medical Center, said that taking good care of oneself before one’s 90s—for example, by exercising, eating properly and not smoking—appears to count for about 70 per cent of the protective effect that is needed for living to a very old age. Only the remaining 30 per cent can be attributed to good genes.

However, Dr. Perls said, the balance starts to shift around the age of 90. And by the time a person reaches the early 100s, a reversal has gradually taken place: Genes are now providing 70 per cent of a person’s protection against life-threatening illnesses, while good habits account for just 30 per cent of their defences.

The general lesson of these findings, he noted, is that taking proper care of oneself during one’s earlier decades is essential, even for people whose good family genes are evident in the long lives of their relatives. Only after people have reached very old age do their genes become a significant shield against illness.

Dr. Perls’ experiences in researching and caring for patients over 100 were the focus of the third annual Goldie Raymer Memorial Lecture on October 31. His presentation to a packed audience in the Block Amphitheatre was organized by the JGH Division of Geriatric Medicine.

Dr. Perls, who is Professor of Medicine at Boston University Medical School, explained that his conclusions are drawn from many years of investigating the longevity—and, in some cases, the deaths—of participants in the New England Centenarian Study.

Included in the study are at least 150 people between the ages of 110 and 119—known as super-centenarians—who are part of a larger group of about 2,220 people over 100. The study also examines their special genetic traits by tracking the lives of about 500 of their 63- to 99-year-old children.

Dr. Perls took pride in the fact that the New England Centenarian Study encompasses the world’s largest group of super-centenarians, who account for just 1 person in 5 million in the population. “We have to go world-wide to find these folks,” he said. “At any one time, there are probably about 100 of them alive in North America.”

Proof of the importance of clean living is found in research into Seventh Day Adventists, Dr. Perls explained. “They are asked by their religion to have particularly healthy habits, because of the idea that God has given them this amazing gift, this spectacular body.

“They ask you to be vegetarian, not to smoke, not to drink, to regularly exercise, to eat in moderation, and also to spend time with family and religion, which may translate into managing stress well. Lo and behold, their average life expectancy is 89 if you’re a woman, and 86 if you’re a man”—much higher than the population as a whole.

Interestingly, Dr. Perls said, 85 per cent of centenarians are women, because when they get sick, they are “much better able, for unclear reasons, to handle age-related diseases. The double-edged sword is that even though they live longer, they also start to live with more chronic illnesses and they have more chronic disability.”

By contrast, he said, men who become centenarians have reached that milestone because, for the most part, they simply haven’t contracted any age-related diseases. But once they do get sick, they tend to succumb to their illness and die relatively quickly.

Dr. Perls expressed undisguised contempt for what he called the “quacks” and “snake-oil salesmen” who prey on unsuspecting consumers by peddling pills, injections and other items that are alleged to retard or reverse aging. “Please don’t go anywhere near these characters,” he urged. “They certainly don’t care about you.”

Also misguided is the idea of viewing aging itself as some sort of disease, Dr. Perls said. “Things do slow down, people walk more slowly, their reflexes are slower, and their strength may be diminished. But if you call something like that a disease, then society starts equating older people with disease.

“Once you do that, older people become an emblem of that condition and they start to get marginalized. They become the targets of all kinds of biases that are completely unfounded. I will say point-blank, ‘No, that’s not right.’”