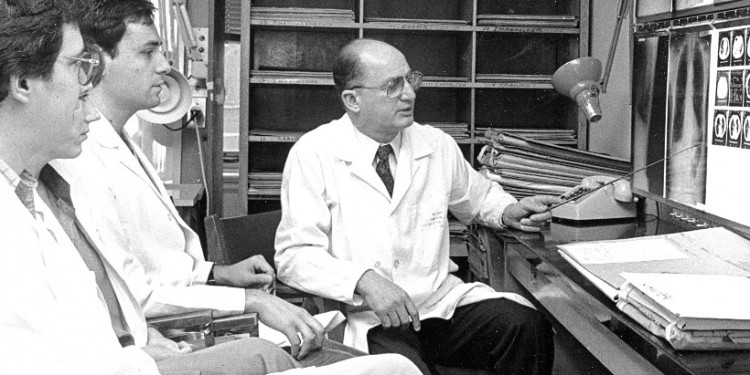 Dr. Palayew received his medical degree from the University of Montpellier in France and trained in radiology at the JGH, the Beth Israel Hospital in Boston and the Cincinnati General Hospital. He was a member of numerous professional associations and served as National President of the Canadian Association of Radiologists, and as Administrator of the Board of the Professional Corporation of Quebec Physicians.

Dr. Palayew was also a visiting professor at universities throughout North America, Europe and Asia. He received numerous honours, including the Albert Jutras Award from the Franco-Canadian Radiology Society “in recognition for an outstanding career and exceptional contributions to radiology.”

In a statement to staff, Dr. Mark Levental, JGH Chief of Radiology, described Dr. Palayew as “a dynamic individual who loved every aspect of radiology and was an outstanding teacher who influenced generations of young radiologists. His friendly and charismatic personality will forever live in our hearts. It was a great honor and privilege to have been his student, resident and colleague.”