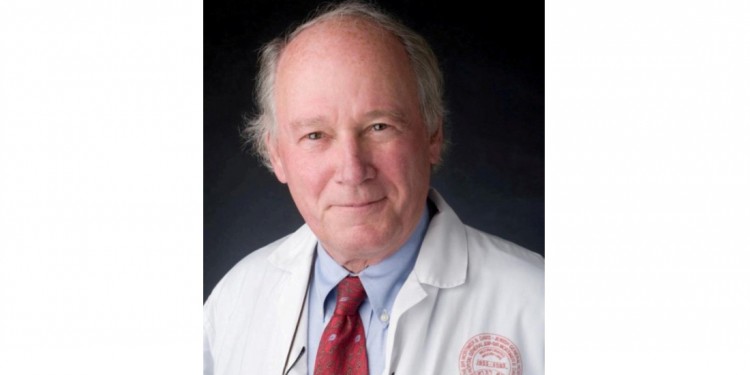 Former Chief of Hematology dedicated his career to JGH patients

The Board of Directors and the members of staff of the Jewish General Hospital are saddened by the passing on September 3 of Dr. Arthur Rosenberg, 82, former Chief of the Division of Hematology, who was admired and respected by patients and colleagues for his warmth and humanity during his 49-year career at the JGH.

Dr. Rosenberg was born at the JGH and returned to the hospital in a professional capacity in 1967. Previously, he earned his M.D. from Queen’s University in Kingston, followed by a one-year residency at the JGH and two more years at the Henry Ford Hospital in Detroit. His training also included a two-year fellowship in hematology at the Cleveland Metropolitan General Hospital.

From 1974 to 1996, Dr. Rosenberg served as JGH Chief of Hematology, and he played a significant role in bringing palliative care and a molecular biology laboratory to the hospital. His many contributions, as well as his life-long dedication to his patients and to teaching, led the Department of Medicine to create the annual Arthur Rosenberg Clinical Lecture.

Dr. Rosenberg was also an Associate Professor in the Departments of Medicine and Oncology at McGill University, where he took a particular interest in abnormalities of red blood cells.

In a joint statement, Dr. Ernesto Schiffrin (JGH Physician-in-Chief), Dr. Mark Lipman (Associate Physician-in-Chief) and Dr. Hans Knecht (Chief of Hematology) praised Dr. Rosenberg as “a true scholar and a gentleman. He was revered for his clinical acumen and beloved for the warmth and personal touch that characterized his relationships with his patients, students, and colleagues alike.

“He was an exceptional teacher and mentor who, during his long tenure, shaped the careers of a generation of JGH physicians. He will be missed by all who came in contact with him.”

At the hospital’s Annual General Meeting in 2017, Dr. Rosenberg’s retirement was recognized in a video, in which Dr. Stephen Caplan, Director of the Division of Hematology-Oncology, noted Dr. Rosenberg’s love for his patients: “He speaks with them as if they’re his friends.”

Also in the video, Dr. Joseph Portnoy, an infectious diseases specialist and former Director of Professional Services, said, “Every single time I had an interaction with him, I learned something. I left feeling enriched. That reflects the fact that he’s an outstanding clinician and an outstanding doctor.”

Former JGH preemie on track for a career as a physician