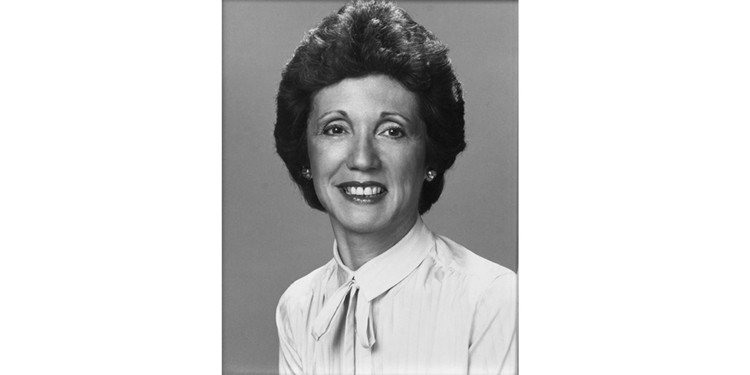 The leaders, staff and volunteers of the Jewish General Hospital are saddened by the passing of Sheila Zittrer, 95, who served from 1978 to 1980 as President of the JGH Board of Directors, the only woman to hold this position.

Mrs. Zittrer, who died on March 31, was a voice of guidance and stability during a time of growth and modernization at the JGH, but also a period of uncertainty after the 1976 election of the Parti Québécois and the beginning of the departure of thousands of Montreal Jews to Ontario and other parts of Canada.

As well, Mrs. Zittrer played a leading role in many local organizations, notably as President of the Herzl Health Centre, an independent medical clinic that had provided treatment and care to Montreal’s Jewish community since 1912. In this capacity, she was instrumental in negotiating the 1974 agreement that saw Herzl merge with the JGH to become the Herzl Family Practice Centre.

“I was born doing,” Mrs. Zittrer said in an interview in JGH News in spring 1978. “It was built into my upbringing.” She recalled, as a child, having seen her mother visiting families in need to deliver clothing, vitamins and other necessities.

As a young woman, Mrs. Zittrer volunteered at both the JGH (including at The JGH Auxiliary) and the Herzl Health Centre. Through her affiliation with Herzl, she became a board member of the Health and Social Services Council of Metropolitan Montreal.

In 1981, she served as founding Chair of the Council on Aging and subsequently became President of the Jewish Community Foundation of Montreal. She was also Executive Director of the Allan and Lucy Bronfman Family Foundation from 1979 to 1993 and she sat as a Director of Edper Enterprises and Edper Investments.

Among her honours was the Queen’s 25th Anniversary Medal in 1977, the Samuel Bronfman Medal in 1982, and the 1988 Woman of the Year Award from the Montreal Council of Women.

At the conclusion of her presidency of the JGH Board, the Sheila Zittrer Fund was established at the JGH by the Allan and Lucy Bronfman Foundation, in recognition of what Peter and Edward Bronfman described as “an outstanding President during her two-year term of office.

“Her untiring efforts and genuine interest in every aspect of the hospital was a real inspiration to all who were associated with her.”

“We’re all very proud of this hospital,” Mrs. Zittrer said soon after becoming President in 1978. “We hope that what we can accomplish will be to continue its vitality as a place where people are proud to work, as an institution where the Jewish community can have a sense of identity and pride, and where we can continue to enhance our stature in the delivery of excellent health care.”