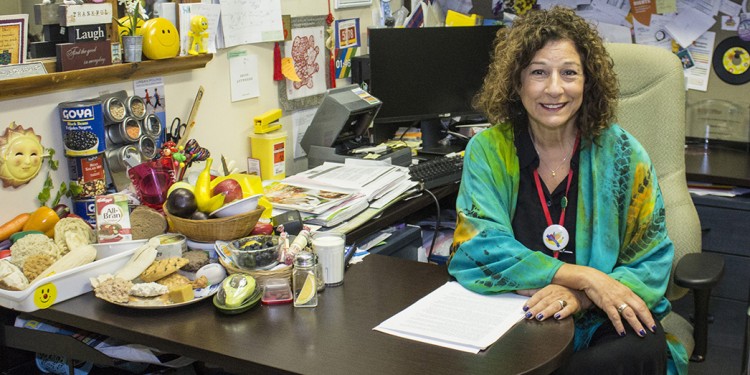 Sondra  Edelstein Sherman, a Dietitian and Certified Diabetes Educator with 40 years of experience at the JGH, has been chosen to receive the 2019 Public Service Volunteer Award from Diabetes Canada. Ms. Sherman will be honoured on October 4 in Winnipeg at the annual conference of Diabetes Canada and the Canadian Society of Endocrinology.

“It’s an honour to receive this award,” says Ms. Sherman, who is an Affiliate Member of the McGill School of Human Nutrition and plays a very active role in Quebec with the Juvenile Diabetes Research Foundation. “I want to inspire other diabetes educators to advocate for people with diabetes.”

Ms. Sherman says that in educating people with diabetes, she emphasizes the importance of good nutrition, which is “one of the cornerstones of diabetes self-management. Dietitians are an integral part of the interdisciplinary team that’s needed for patients with diabetes, and our JGH team is a model to follow.”

The award for Ms. Sherman recognizes her pivotal role in proposing and organizing a local conference in November 2017, the first educational gathering in Montreal for people with diabetes.

The five-hour event included conferences for people with Type 1 and Type 2 diabetes, as well as an exhibitors’ room. Turnout was strong, providing those in attendance with an opportunity to meet others with diabetes.

Ms. Sherman joined the JGH in 1979, when Endocrinology was just an out-patient clinic. Her unwavering support for her patients has earned her numerous accolades, including the 2012 JGH Award for Excellence among Allied Health Professionals.

To raise funds for Diabetes Canada, Ms. Sherman has completed full marathons in New York, Barcelona and Rome since joining Team Diabetes in 2007. She is also the former Co-Chair of the Montreal chapter of Diabetes Canada, which was named by the association as its Outstanding Chapter of the Year for 2016 and 2017.

“Helping patients to live a better life with diabetes requires an individual approach, in order to meet each person’s needs,” says Ms. Sherman. “Good listening and empathy are essential for good outcomes.”