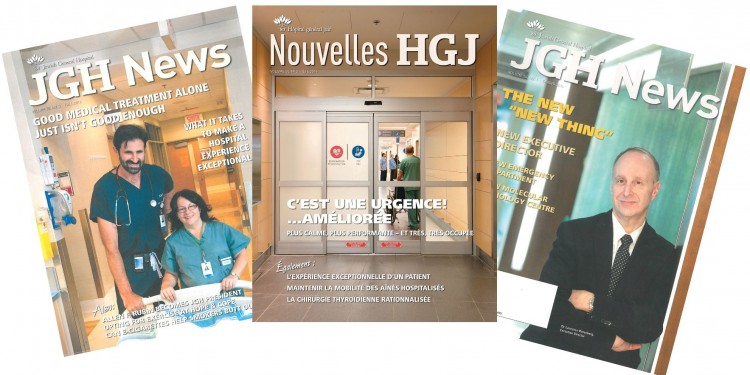 When you read JGH News, you’re reading the best!

For the second year in a row, JGH News was named one of Canada’s top general-interest hospital magazines by the Health Care Public Relations Association (HCPRA) at its annual conference in Vancouver this past May.

Also honoured by the HCPRA was Pulse, the hospital’s magazine for staff, edited by Laure-Elise Singer, Internal Communications Editor, with production by Communications Manager Stephanie Malley. Pulse has racked up five wins in six years, including first place in its category in 2010, 2011, 2013 and 2015.

In total, the JGH Department of Public Affairs and Communications has received 19 awards over the past 13 years from national and provincial healthcare-related organizations.

“These honours are a clear indication of the creativity and dedication of our entire JGH team in keeping staff, donors and the public well informed and up to date,” says Glenn J. Nashen, Associate Director of Communications and Media Relations.

“We are proud to play a key role in enhancing the patient experience by helping to boost morale and providing essential information that enables staff to do their best on behalf of JGH patients.”