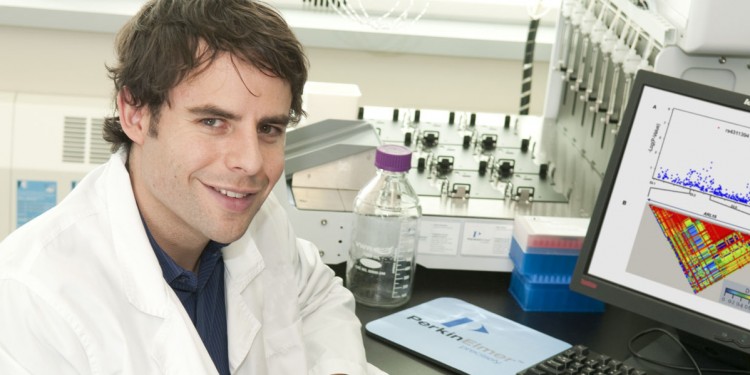 The largest study ever conducted on the genetics of common, age-related bone disease has resulted in the identification of 153 new gene variants associated with the loss of bone mineral density. This loss is the strongest clinical risk factor for osteoporosis and a frequent cause of fractures.

The study has effectively tripled the number of genes that are known to be implicated in osteoporosis. The new gene variants account for 12 per cent of the disease’s heritability, which is double the previous level.

“There is a strong inherited component with bone health, but osteoporosis often goes undetected until a fracture occurs,” says Dr. Brent Richards, one of the senior authors of a paper that appears in the journal Nature Genetics.

Dr. Richards is a Senior Investigator in the Centre for Clinical Epidemiology in the Lady Davis Institute at the JGH. His group is part of the Genetic Factors of Osteoporosis Consortium, which includes nearly every major bone density research team in the world.

Particularly exciting is the discovery of a previously unknown link between the gene GPC6 and osteoporosis. The genome-wide study involved more than 140,000 individuals whose records are included in the UK Biobank database. A qualitative ultrasound of the heel was employed to measure for bone mineral density. The sheer statistical power of this study is impressive, explaining why so many new gene variants were revealed.

“In trying to identify causal factors in new locations, we were able to implicate GPC6 as a determinant of bone mineral density,” explains John Morris, a doctoral candidate in human genetics, who is supervised by Dr. Richards.

“We found that knocking out this gene in an animal model resulted in increased bone density. GPC6 is a cell surface protein making it easier to target, thereby enhancing the prospects for successful drug development.”

A year with COVID-19: JGH is founding participant in COVID-19 biobank