From the archives: Michael Douglas praises JGH expertise in diagnosing his throat cancer 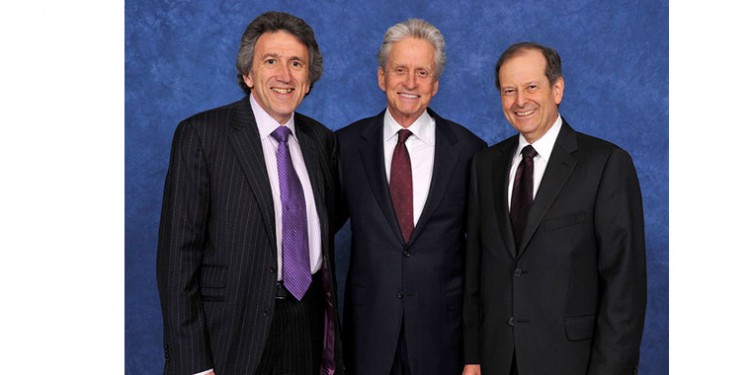 In May 2010, Michael Douglas offered public thanks to Dr. Saul Frenkiel, former Chief of the JGH Division of Otolaryngology, for correctly diagnosing the actor’s throat cancer after other physicians had missed it.

The heartfelt acknowledgement came at Le Windsor at a fundraising gala for McGill University’s Department of Otolaryngology-Head and Neck Surgery, which is chaired by Dr. Frenkiel and where he is a professor. “Anything I can do to help your department at the Jewish General Hospital, I’d be glad to,” Mr. Douglas told Dr. Frenkiel at the gala.

While vacationing at his summer home in the Mt. Tremblant area in 2009, Mr. Douglas began complaining of recurring throat and ear pain, after previously having been seen by several doctors who did not properly diagnose the problem. This prompted Mr. Douglas to contact his physician in New York, who referred him to Dr. Frenkiel at the JGH.

A biopsy was ordered and within a few days, Dr. Frenkiel personally gave the diagnosis to Mr. Douglas. Radiation and chemotherapy were provided at Sloan-Kettering Cancer Center in New York, and earlier in 2010, Mr. Douglas announced that his throat is tumour-free.

Celebrating five decades – and more! – of pioneering psychiatric services at the JGH