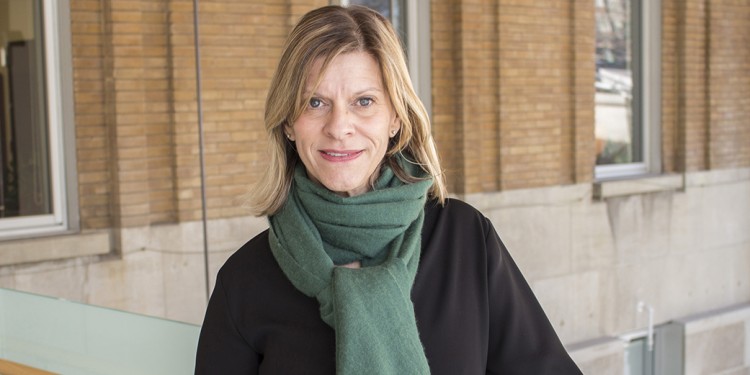 A complaint about an adverse incident, no matter how regrettable, can potentially be transformed into an instrument of change that leads to improvements in health care and social services, says the new Commissioner of Complaints and Quality of Service (ombudsman) for CIUSSS West-Central Montreal.

At the same time, adds Marisol Miro, the details of each complaint—as well as any request for assistance—must be thoroughly examined in a manner that respects the rights and obligations of healthcare users and staff alike.

“I don’t know if ‘watchdog’ is too strong a word for what I do,” she says, “but in general, I think this is what an ombudsman is: someone who makes sure that the concerns of our users are addressed in a timely fashion and in a satisfactory way. I answer to the Board of Directors of the CIUSSS, so this is quite a responsible role.”

Ms. Miro, who took over from the retiring Rosemary Steinberg in late January, realizes that the specifics of individual cases are usually limited in their scope. However, she notes, certain incidents can have a broader significance, since their underlying principles touch on a wide range of policies and procedures throughout the CIUSSS.

At the JGH and in other healthcare facilities of CIUSSS West-Central Montreal, a complaint can be registered or assistance can be requested from the Commissioner of Complaints and Quality of Service (ombudsman) by email or by phoning 514-340-8222, extension 24222.

“I see this as an integral part of improving quality,” she says. “How can we upgrade the quality of care, unless we hear and learn from the users themselves? For me personally, offering to help someone who is hurting or is concerned about a family member, and then to develop a solution to their concerns is a source of great satisfaction.”

Ms. Miro is quick to note that even though she is the most prominent participant in the complaints process, the skills of everyone in her department are needed to resolve users’ difficulties and provide them with assistance.

“I want this to be seen as a team effort,” she insists. “What we all do together on behalf of the patients, residents and clients of our CIUSSS is something that I could never accomplish on my own.”

Ms. Miro, a lawyer, joined the CIUSSS after 12 years as a specialist in professional and administrative law for the Quebec Order of Dentists. In that capacity, she fielded complaints from the public and was involved in the accreditation program for dental services in the province’s healthcare facilities. Previously, she spent 10 years in private practice, where she focused on liability cases and commercial law.

Though Ms. Miro is based at the Jewish General Hospital, she emphasizes that she is familiarizing herself with all of the facilities in the CIUSSS, and that members of her team regularly visit the various sites.

She has also started a process that will result in all telephone calls and emails being routed to her office, no matter from which CIUSSS site they originate. “This is being done not just to facilitate our work, but to make sure that members of the public know there is one ombudsman, one team and one bureau for the entire CIUSSS.”

While dealing with a steady stream of complaints and requests can sometimes be a trying experience, Ms. Miro says she’s undaunted, because “by nature, I’m a very positive person. I’m also aware that any action by our team to improve the experience of a user in a difficult situation can be counted as a true gain, a real victory.”