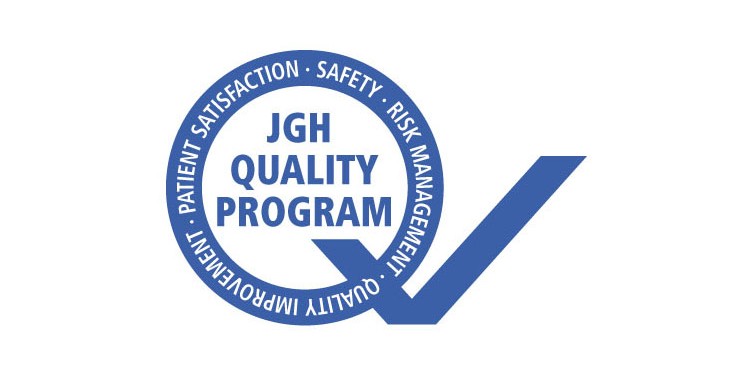 In a survey of cancer patients over the age of 65, the JGH’s Geriatric Oncology Clinic has achieved glowing reviews, with a satisfaction rate of 90 per cent or better in response to more than two-thirds of the survey’s 27 questions. The clinic also scored a satisfaction rate of at least 80 per cent—the minimum level of acceptable performance—for every question in the survey.

Virtually everyone who replied—patients and family members alike—said they would whole-heartedly recommend the Geriatric Oncology Clinic to others with similar needs. Almost without exception, patients said that they had been treated as people and not as numbers; that the clinic’s team is considerate of the concerns of patients and their loved ones; and that the staff listen attentively to patients and take them seriously.

The clinic, with the only inter-disciplinary team of its kind in Canada, was launched in 2006 through collaboration between the Division of Geriatrics and the Segal Cancer Centre at the JGH. In 2009, it was officially recognized as a supra-regional centre in geriatric oncology by the Quebec Program for the Fight Against Cancer.

Expansion needed to serve the growing needs of the elderly

Improvements will include extra examination rooms, a workspace with better layout and design, and a more comfortable environment to permit quicker evaluation, treatment and follow‐up services for one of the most vulnerable and fastest-growing segments of the population.

In the JGH Geriatric Oncology Clinic, Dr. Doreen Wan-Chow-Wah checks Norma Judd’s weight while monitoring her condition as she undergoes treatment for cancer.

Results of the survey were presented in April to the hospital’s Quality and Risk Management Committee, which heard that replies had been collected between November 2013 and September 2014. The bilingual survey had a response rate of about 28 per cent, which is considered statistically valid.

Paula Calestagne, Coordinator of the Patient Satisfaction Program, explains that the questionnaires enable patients and their relatives not only to identify their likes and dislikes, but to state how much each issue matters to them. Thus, even if relatively few people say that they are distressed by a matter that they consider important, finding a solution becomes a greater priority.

Even though the areas in the survey with the lowest satisfaction rates still scored well, staff in the clinic have addressed or are looking into those concerns. For example, patients will now be given a nurse’s telephone number at the beginning of an appointment to ensure that they know how to contact the nurse if questions or problems arise.

A new brochure will also be given to patients and family members upon referral or at the first visit to explain why the patient was referred to the Geriatric Oncology Clinic and what to expect there.

In addition, focus groups are planned to help the clinic provide clearer information about support services and better information to help patients determine which treatment option to choose.