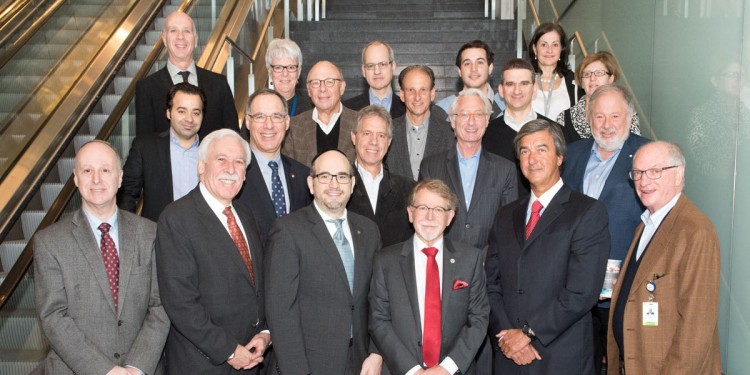 Dignitaries and special guests meet on February 18 for a VIP tour of Pavilion K.

Participants in the VIP tour visit a physiotherapy room in Pavilion K.

In the weeks since the new critical-care facilities, operating rooms, Family Birthing Centre and patients’ rooms swung into use in Pavilion K, the ultra-modern wing has been drawing praise from a broad range of patients and visitors, including some special guests who came by for a recent tour.

On February 18, dignitaries in the VIP group were thanked for their many years of support and guidance to the JGH, before being shown through Pavilion K. They were greeted by Dr. Lawrence Rosenberg, President and CEO of West-Central Montreal Health; Alan Maislin, Chair of the Board of West-Central Montreal Health; and Allen Rubin, President of the JGH Board of Governors.

Participating in the tour were:

Pavilion K by the numbers