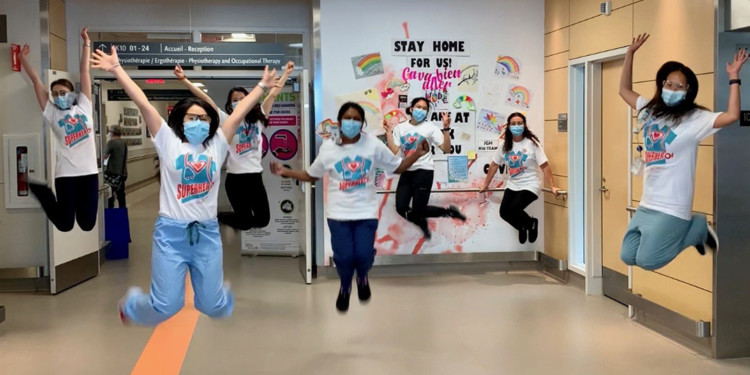 In a photo that she submitted to the CIUSSS’s “A Shot of Happiness” competition for staff, Alyssa Pambuan, a JGH Nurse and Stroke Team Coordinator, captured her team’s camaraderie during the COVID-19 pandemic. (Click on photo to see a larger version.)

“A Shot of Happiness” competition returns for its fourth year

More than 120 photos by members of staff across CIUSSS West-Central Montreal have captured the camaraderie that employees have felt for one another during the COVID-19 pandemic.

All of the pictures were entered in the fourth annual edition of “A Shot of Happiness”, the healthcare network’s photography competition for staff.

In keeping with this year’s theme of “A Shot of Happiness and Solidarity,” staff were asked to submit photos that demonstrate the support and cooperation that have buoyed their spirits since the crisis began.

The names of five contest winners, chosen in a random draw, were announced by Dr. Lawrence Rosenberg, President and CEO of the CIUSSS, at a Public Information Meeting on November 4.

A slide show has also been posted online, featuring dozens of photos submitted by members of staff.

Below is a sample of some of the entries. 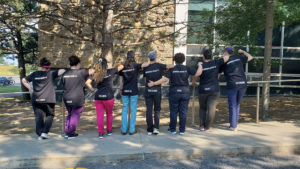 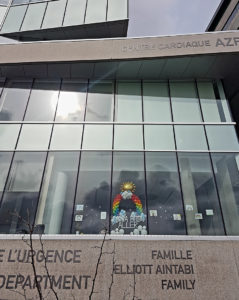 Photo by Samar Bel Hadj, a Biological Security Agent in the Department of Workplace Health, Safety and Well-Being, in the Lady Davis Institute at the JGH 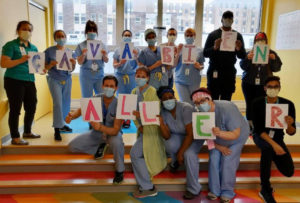 Photo by Ioana Voicu, a JGH Nurse Clinician in the COVID-19 screening clinic in Pavillion N. 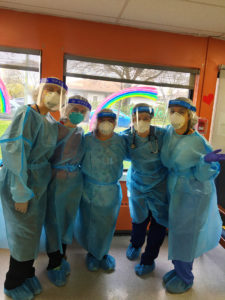 Photo by Elisabeth Laughrea, a JGH Clinical Nurse Consultant in the Support Program for the Autonomy of Seniors. 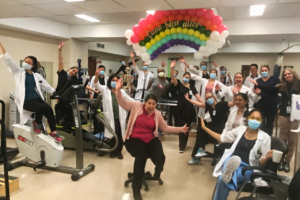 Photo by Julie Valiquette in the JGH Physiotherapy Department. 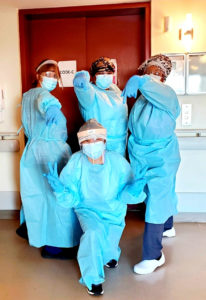 Photo by Grace Padua-Moran, a Nurse at the Saint Margaret Residential Centre. 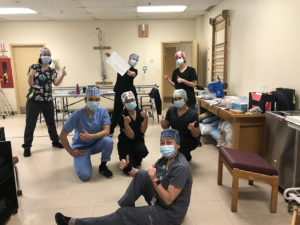 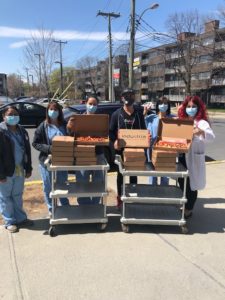 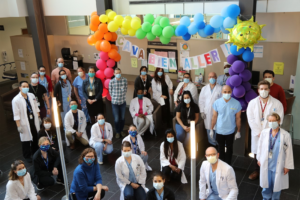 Photo by Nicoletta Vlachandreas, a Nurse Clinician in the JGH Department of Radiation Oncology.