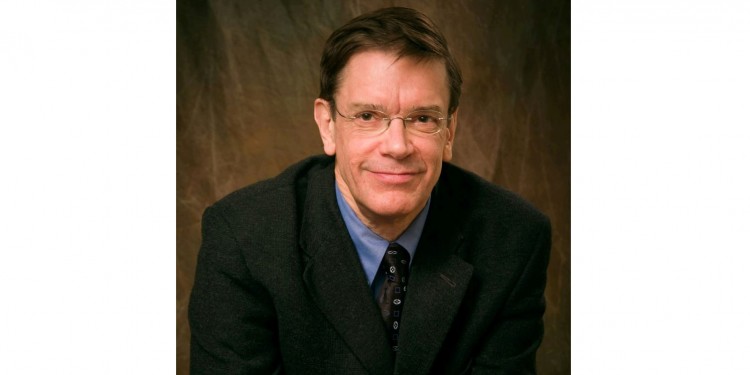 Dr. Roderick McInnes, Director of the Lady Davis Institute at the JGH, has received the 2015 Award for Excellence in Human Genetics Education from the American Society of Human Genetics. The award was also presented to his co-authors of the sixth, seventh and eighth editions of the seminal textbook, Human Genetics in Medicine.

Nearly 60 genetics education programs worldwide use the textbook, in levels ranging from undergraduate to graduate and professional study. It is also used in diverse contexts, including medical, nursing, public health, speech and language, and dental programs.

Dr. McInnes has contributed to scientific understanding of the molecular basis of retina and eye development, as well as identifying genes and processes associated with retinal degeneration. His laboratory focuses on neuronal processes—specifically, identifying molecular mechanisms that promote or inhibit the inherited degeneration of neurons, and elucidating the roles of two multifunctional proteins in the regulation of ion channels.

Dr. McInnes has served on numerous educational committees since the 1970s, and in 1988 he launched the Clinician Scientist Training Program at the Research Institute of the Hospital for Sick Children in Toronto. He has also taught genetics at the medical and graduate levels, and he has supervised graduate students, postdoctoral fellows and visiting scholars, serving on their advisory and examination committees throughout.

Dr. Mark Wainberg, head of HIV/AIDS research in the Lady Davis Institute at the JGH and Director of the McGill AIDS Centre, has received the Canadian Society of Microbiologists’ Murray Award for Career Achievement—the Society’s premier honour for senior researchers. A plaque was presented to Dr. Wainberg at the organization’s annual general meeting in Regina earlier this year.

Four researchers and JGH physicians have received seven-year Foundation grants from the Canadian Institutes of Health Research, from the first round of the “live pilots” of the Foundation Scheme.

Dr. Ernesto L. Schiffrin, who is JGH Physician-in Chief, Director of the JGH Cardiovascular Prevention Centre, and Vice-Chair (Research) of the Department of Medicine at McGill University, has been granted a total of $3,164,111 as Principal Investigator for the research project, “Vascular Remodeling in Hypertension and Cardiometabolic Disease: From Mice to Humans.”

Dr. Susan R. Kahn, Director of the JGH Thrombosis Program and the Centre of Excellence in Thrombosis and Anticoagulation Care, has received a total of $2,050,824 as Principal Investigator for the research project, “Improving Long-Term Outcomes After Venous Thromboembolism.”

Individuals, corporations and foundations interested in supporting the work of Dr. Schiffrin and Dr. Kahn can direct their contributions to the Hemovascular and Epidemiology research sections, respectively, of the Lady Davis Institute. For more information or to donate, please visit the JGH Foundation online or call 514-340-8251.

Dr. Howard Chertkow, co-founder and Director of the JGH/McGill Memory Clinic, and Scientific Director of the Canadian Consortium on Neurodegeneration in Aging, is using $1,695,053 for the project, “Typical and Atypical Alzheimer Disease: Salivary Tau Biomarkers, Therapy with Neuromodulation, and Disease Subtypes.”

Dr. Laurent Azoulay, a project leader in the the Lady Davis Institute at the JGH, has received $852,701 to advance his project, “Cancer Pharmacoepidemiology: A Population-Based Assessment of the Risks of Prescription Drugs in Vulnerable Populations.”

Four researchers from the Lady Davis Institute at the JGH are among nine recipients of strategic funding awards from the Quebec Breast Cancer Foundation, worth $500,000 per person over four years.

More Quebec women are affected by breast cancer than any other form of the disease. However, thanks to advances in science, the five-year survival rate has reached 88 per cent.

Dr. William Foulkes is trying to identify mutations to explain why certain Quebec families are at a higher risk of developing breast cancer.

Individuals, corporations and foundations interested in supporting the work of Dr. Alaoui-Jamali, Dr. Basik, Dr. Foulkes and Dr. Witcher can direct their contributions to the Cancer research section of the Lady Davis Institute. For more information or to donate, please visit the JGH Foundation online or call 514-340-8251.

Grants for three staffers in the LDI and JGH

Research awards have been presented to members of JGH staff:

Individuals, corporations and foundations interested in supporting the work of Dr. Richards, Dr. Assouline and Dr. Roshdy can direct their contributions to the Epidemiology and Cancer research sections, respectively, of the Lady Davis Institute. For more information or to donate, please visit the JGH Foundation online or call 514-340-8251.

Dr. Andrew Mouland, Head of the HIV-1 RNA Trafficking Laboratory in the Lady Davis Institute (LDI) at the JGH, has been promoted to full Professor of Medicine, Microbiolology and Immunology at McGill University.

Dr. Brett Thombs, a psychosocial researcher in the LDI, has been promoted to full Professor in McGill’s Department of Psychiatry.

Dr. Marie Hudson, an epidemiology researcher in the LDI, and a member of the JGH Department of Rheumatology, has been promoted to Associate Professor with tenure at McGill.

Two innovative scientists, who are working on novel projects in the Lady Davis Institute at the JGH, have been awarded Movember Discovery Grants by the Movember Foundation and Prostate Cancer Canada. The grants, worth $200,000 per project, could make a significant difference in prostate cancer research.

Dr. Jian Hui Wu and his team are proposing to develop new chemical compounds to stimulate the immune system to fight prostate cancer cells. STING is a protein structure that has already demonstrated an ability to stimulate an aggressive anti-tumour response, and Dr. Wu’s team hopes to promote this response in patients. Until now, compounds that activate STING in mice have had a dramatic anti-tumour effect, but the particular compound that is being used cannot activate human STING.

Dr. Ivan Topisirovic, in collaboration with a team of international experts, has designed an “artificial prostate” to help understand how cells in two compartments of the prostate (the epithelium and stroma) communicate. Although communication is a normal function, it can influence the development and spread of prostate cancer.

Individuals, corporations and foundations interested in supporting the work of Dr. Drs. Wu and Dr. Topisirovic can direct their contributions to the Cancer research section of the Lady Davis Institute. For more information or to donate, please visit the JGH Foundation online or call 514-340-8251.

The Annual Report of the Lady Davis Institute (LDI) at the JGH, edited by Research Communications Officer Tod Hoffman, has won an international award for production and design. Sharing the honours are the LDI and CommDesign, winners of a 2015 Gold Hermes Creative Award in a global competition administered by the Association of Marketing and Communications Professionals.