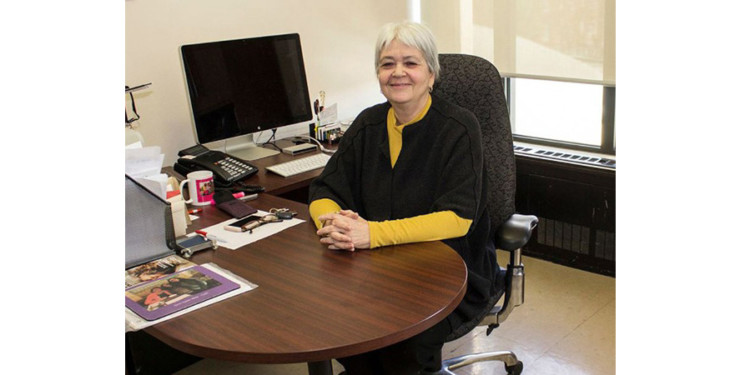 Dr. Phyllis Zelkowitz is retiring after more than 30 years of research into maternal and reproductive mental health, as well as playing a leadership role in research at the JGH.

“In working in fields that have changed dramatically over the years, I’ve had the opportunity to grow intellectually and expand my research interests,” says Dr. Zelkowitz.

“I started out by investigating the long-term developmental outcomes of very low-birthweight infants. Over the years, new treatments and technology have allowed smaller preemies to survive, so there was a need to understand how families adapted to the challenges of pre-term birth.

“The same is true for advances in assisted reproductive technology. With new ways to treat infertility, we aimed to focus our attention on the information and support that men and women require to promote reproductive health and cope with the stresses of infertility diagnosis and treatment.”

Dr. Zelkowitz began her career as a Research Associate at the JGH in 1989 and, since 2004, has served as the Department of Psychiatry’s Director of Research and Head of the Axis on Psychosocial Aspects of Disease at the Lady Davis Institute.

She has earned accolades for her work on perinatal mental health. Ground-breaking work by her team determined that oxytocin, the so-called “love hormone”, may act as a buffer against the harmful effects of psychosocial stress by protecting high-stress women from developing depressive symptoms and by promoting more sensitive maternal behaviour.

In 2015, the video that they produced, “The Science of Motherhood”, won an award in a competition by Canadian Institutes of Health Research.

Dr. Zelkowitz has spearheaded the establishment of the Quebec Reproductive Psychiatry Network, consisting of six hospitals, including the JGH, that provide perinatal mental health services. The Network has been instrumental in standardizing intake procedures to create an invaluable databank that captures demographics and psychiatric history, with an emphasis on adverse experiences, postpartum bonding, and adjustment to motherhood.

Recently, Dr. Zelkowitz has turned her attention to men’s experiences of infertility, a problem that causes much distress while being largely overlooked. For example, her Infotility team, which undertook a national study of men’s knowledge of fertility, uncovered gaps in their understanding of infertility risk factors.

As a result, her efforts have garnered widespread attention, including in Time magazine.

“For too long, fertility was seen as a woman’s health issue,” Dr. Zelkowitz points out, “whereas, in many cases, it is the male partner who has an infertility diagnosis. By offering men the option of using an app, we hope to reduce stigma and empower men to take charge of their own health.”

Fourteen years ago, she launched the Annual JGH Department of Psychiatry Research Day. This initiative has given researchers the opportunity to highlight their work for an audience of healthcare professionals from all over Montreal in a half-day retreat.

Her concern for patients is further reflected in the more than a decade she has devoted to chairing the Science Review Committee of the Research Ethics Board of CIUSSS West-Central Montreal.

In announcing her retirement, Dr. Karl Looper, JGH Psychiatrist-in-chief, and Dr. Roderick McInnes, Director of the LDI, praised Dr. Zelkowitz for “exceptional leadership, ushering in a generation of researchers who has elevated the status of mental health research at the Jewish General Hospital to an international level.”

“I’ve always worked to put knowledge in the service of helping people,” Dr. Zelkowitz emphasizes. “The potential clinical impact has informed all my thinking. This is why being associated with the JGH has been so critical to my scientific work. It helps you to focus on patients, the ultimate beneficiaries of health research.”