Risk of death does not rise during overnight emergency surgery, study reveals 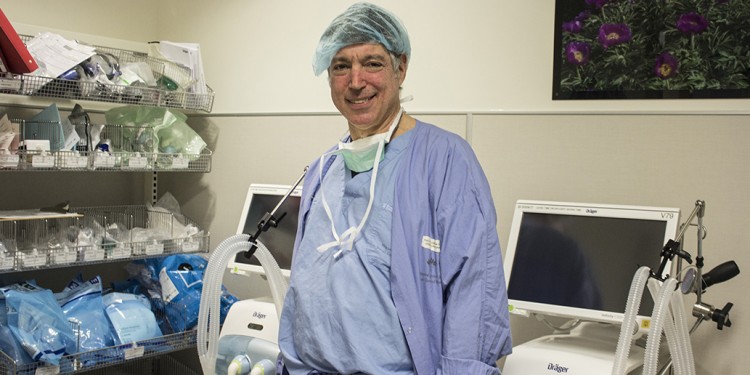 A study that was conducted at the JGH has concluded that patients who undergo emergency surgery during overnight hours are at no greater risk of mortality than those who are operated upon during the day.

“Previous studies had detected an association between the hour when surgeries began and mortality in non-emergency surgeries, but we questioned their methodology,” said the paper’s lead author, Dr. Michael Tessler, a JGH anesthesiologist and Associate Professor of Anesthesia at McGill University.

Among physicians, there has long been a debate as to whether patients who undergo surgery during the overnight hours are at greater risk than those whose operations take place during the day.

Dr. Tessler and his co-authors assessed over 10,400 emergency surgeries that were performed on more than 9,300 JGH patients from 2010 to 2015. They focused on emergency surgeries because those operations could not, by their very nature, be planned and had to be performed whenever the cases arose. Thus, there was no element of choice with regard to the time of day when the operations occurred.

The inquiry found no statistically significant connection between mortality and the time of surgery, nor whether the emergency happened on a weekday or weekend. Rather, mortality was associated with the patient’s age, physical status and the urgency of the surgery. Among the patients for whom there was complete data, 2.3 per cent died within 30 days of emergency surgery.

“Fatigue is recognized as a factor in performance in a number of disciplines,” Dr. Tessler says, “so it seemed important to investigate whether mortality statistics indicated that it was a factor in overnight surgery. Moreover, there is the question of whether surgery at night might be affected by reduced on-site resources, compared with day shifts.

“We looked exclusively at emergency procedures because, at the JGH, we don’t perform elective surgery during off-hours, so it was an opportunity to compare only those operations which must be performed whenever they occur, meaning that we were comparing procedures with similar risk profiles. Overall, there is a higher incidence of negative outcomes in emergency surgery than elective.”

Surgeons working overnight or on call are accustomed to keeping alert and responding to situations when they arise, Dr. Tessler says. Thus, it isn’t necessarily surprising that mortality rates are unaffected by the time of surgery.

Even so, he adds, given the intuitive notion that shift workers experience disruptions to their normal sleep rhythms, it is reassuring to have evidence that supports the readiness of physicians and other essential personnel to perform the most complex and stressful tasks whenever the demand arises.

From the archives: Lamps for students in the JGH School of Nursing