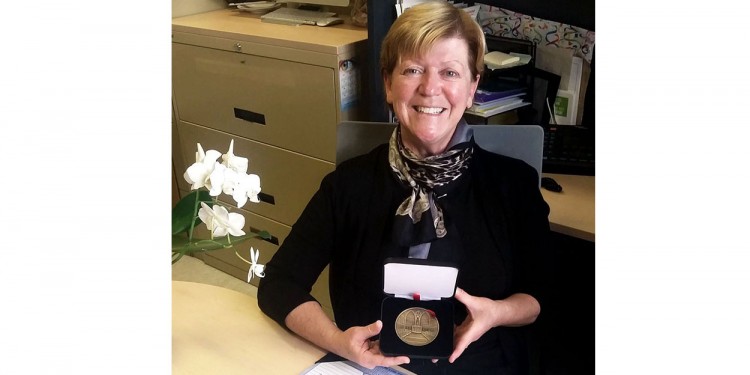 Dr. Andréa C. LeBlanc, Senior Investigator in the Lady Davis Institute at the JGH, has been awarded the 150th Anniversary Medal by the Senate of Canada. The medals are bestowed upon Canadians who have made their communities better places to live.

Dr. LeBlanc, who is the James McGill Professor of Neurology and Neurosurgery at McGill University, is internationally recognized for her pioneering research into Alzheimer’s disease.

Having identified the protein Caspase-6 as an indicator of the early onset of neurodegeneration, she is studying how it is activated in the brain and how it might serve as a target for therapies to prevent the progressive degeneration of this disease.

Dr. LeBlanc’s work is bringing hope to the 750,000 Canadians afflicted with Alzheimer’s disease, a number that is expected to double within 20 years, according to the Canadian Institutes of Health Research.