From the archives: The abduction of James Cross 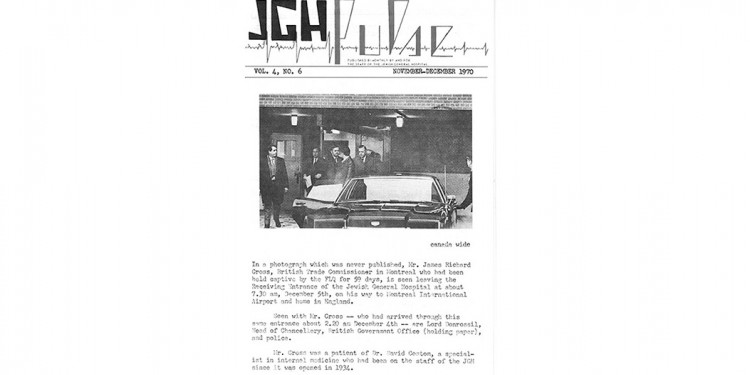 On Oct. 5, 1970, in a crisis that made international headlines, British Trade Commissioner James Cross was abducted at gunpoint from his diplomatic residence on Redpath Crescent and was held as a hostage during the October Crisis by members of the Front de libération du Québec (FLQ).

Released on Dec. 3, Mr. Cross was treated at the JGH and was featured on the front page of Pulse, the hospital’s staff magazine. The issue also contained a letter from Mr. Cross (signed “Jasper”), thanking Executive Director Dr. William R. Slatkoff and members of JGH staff for their “very courteous and efficient treatment” and for “bearing with infinite fortitude the dislocations to hospital routine which occurred in the wake of my arrival.”