Video series pushes back at bullying 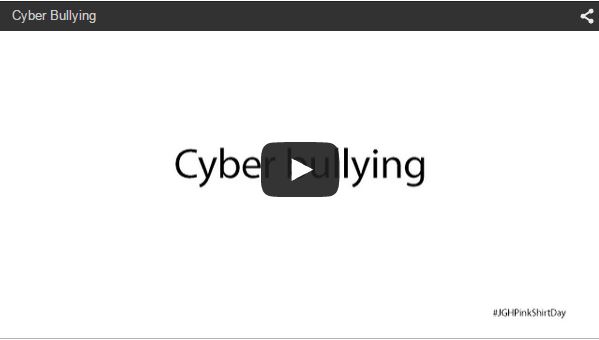 To fight back against bullying, an eight-part video series has been produced, featuring JGH experts from the Centre for Child Development and Mental Health and the Teenage Health Unit at the Goldman Herzl Family Practice Centre.

The videos were released to coincide with international Pink Shirt Day, in which the JGH participated, on Feb. 25 to bring attention to all aspects of bullying, including at school, among adults and cyber bullying on social media. The goal is to raise awareness and sensitize viewers to the dangers and effects of bullying on victims, perpetrators, relatives and bystanders.

Special thanks from grateful teens
to Teenage Health Unit