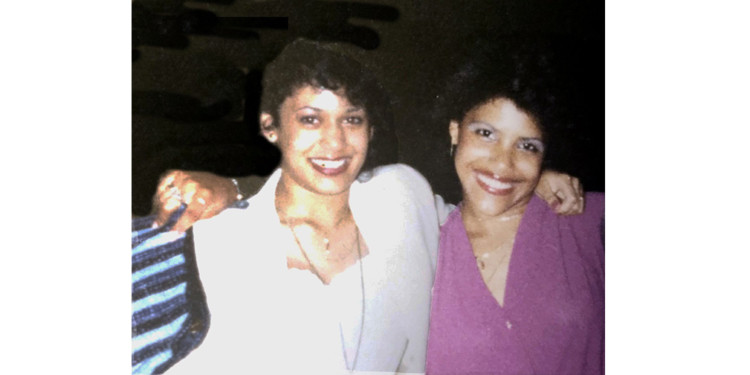 When the world watched Kamala Harris deliver her victory speech as Vice-President-Elect of the United States this month, they saw a trailblazer, a role model, and a barrier-breaker as the first woman and first woman of colour to reach that office.

Wanda Kagan, Administrative Agent in the Academic Affairs Directorate of CIUSSS West-Central Montreal, witnessed all of that­—plus something more personal: She saw her best friend from high school, making history. 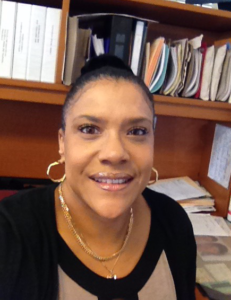 Ms. Harris and Ms. Kagan were classmates at Westmount High School, where they formed a close friendship in the late 1970s and early ’80s. For several months, they even lived together in Ms. Harris’s home.

For Ms. Kagan, seeing her friend rise to one of the highest offices in the world was a something she could scarcely believe.

“The reality is still setting in,” she says. “And I’m still getting goose bumps.”

Ms. Kagan says she and Ms. Harris became friends partly because both were biracial and trying to fit in. Ms. Kagan is the daughter of a black father and a white, Jewish mother. Ms. Harris’s father is Jamaican and her late mother, Shyamala Gopalan Harris, was born in India.

The two girls started an amateur dance troupe together and worked on the committees for the school fashion and variety shows. They also forged a connection because of a painful secret that only came to light this year.

In September, while Ms. Harris was running for Vice-President on the Democratic ticket, she tweeted a video in which she revealed what inspired her to become a prosecutor.

She explained that in high school, she discovered that a best friend was being sexually abused by her father. “A big part of the reason I wanted to be a prosecutor was to protect people like her,” Ms. Harris said.

That friend was Ms. Kagan.

Ms. Kagan had confided to her friend that she was being molested—in fact, by her stepfather. In response, Ms. Harris promptly invited her to move into the family home with her mother and sister, Maya.

“Her smile, her laugh, the way she would go into a crowd during the campaign and giggle with kids—that’s the raw Kamala.”

Ms. Kagan shared a room with the future Vice-President-Elect, and she fondly recalls the family dinners and stable life in the Victorian home on Grosvenor Ave. “Her mother and sister embraced me. I’m still so grateful,” Ms. Kagan says.

Ultimately, that difficult period left a positive legacy on both women. Ms. Harris offered Ms. Kagan a safe haven and the stability to guide her through a turbulent time. And Ms. Kagan ended up inspiring Ms. Harris in her career choice.

“I had no idea I had an impact on her life,” Ms. Kagan says.

Ms. Harris left Montreal to attend university in the U.S. and then set off on the career trajectory that would take her to the White House. The two friends lost touch, but rekindled their friendship after Ms. Kagan saw her friend on The Oprah Winfrey Show in 2005.

She reached out to her through her office and, to her surprise, Ms. Harris called her back. The two have remained in contact ever since, and Ms. Harris’s campaign staff consulted Ms. Kagan before making the abuse disclosures public.

She says the candidate that voters got to know during the election campaign remains the same person she knew as a teenager. “Her smile, her laugh, the way she would go into a crowd during the campaign and giggle with kids—that’s who she is. That’s the raw Kamala.”

The high-school friendship isn’t the only connection between the Vice-President-Elect and our CIUSSS facilities. Ms. Harris and her sister moved to Montreal because their mother took a job in the mid-’70s conducting research into breast cancer in the Lady Davis Institute at the Jewish General Hospital. 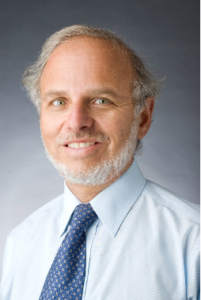 As a laboratory scientist, Dr. Gopalan Harris developed a method of assessing cancerous breast tissue that became standard procedure at the JGH and other hospitals.

Dr. Michael Pollak, now Director of the Stroll Cancer Prevention Centre at the JGH and a Professor of Medicine and Oncology at McGill University, worked with Dr. Gopalan Harris and describes her as a mentor.

At the time, he was a clinical oncologist starting a research lab to investigate the roles of hormones that influence cancer growth, a topic related to Dr. Gopalan Harris’s work.

“She helped me understand the basics of laboratory work, while I explained to her some of the clinical aspects of breast cancer,” Dr. Pollak says. He recalls her as a smart and forceful researcher who made important contributions to understanding breast cancer.

“People were happy to work for her, not because it was easy, but because of the atmosphere of collaboration,” Dr. Pollak says. “Everyone called her Shyamala.”

Like her daughter, who has described her mother as “the most important person in my life,” Dr. Gopalan Harris broke barriers in her own way.

“She was a strong and independent woman and part of a small minority of woman scientists at the time. In that sense, she broke through a glass ceiling. She was a pioneer.”

She also embodied the diversity and spirit of collaboration that have become the hallmarks of institute, Dr. Pollak adds. “She was definitely a positive, early influence on the development of the Lady Davis Institute.”

For Ms. Kagan, her friend’s election also brings a sense of anticipation, and hope.

“I think she’s changing the world for all of us, not just for the U.S.,” Ms. Kagan says. “I feel very proud—proud to know her, proud to have impacted part of her life, and knowing that she impacted mine.”