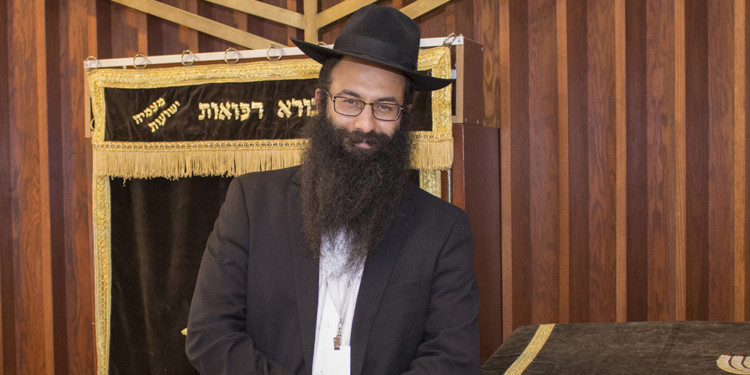 As the chaplain of the JGH recited a prayer for a dying COVID-19 patient in Intensive Care, he found himself in the presence of dozens of family members—except that none of them was actually there.

Rabbi Barak Nissim Hetsroni, Chaplain and Spiritual Advisor at the JGH, spoke the Hebrew words while using the Zoom video app and a tablet to share the ritual, as relatives watched from around the world.

“It was very emotional for them and there was a great deal of crying,” recalls Rabbi Hetsroni. “People were able to see their mother through to the end, so she didn’t die alone. She died with her family around her.”

The event underscores how chaplains in CIUSSS West-Central Montreal have had to adapt their practices to continue offering comfort and care during the coronavirus outbreak.

In normal times, they are a reassuring presence at the bedside, gently touching the hand of an elderly person, sitting with a patient for companionship or providing solace to grieving families.

These gestures are now no longer possible. Chaplains must respect social distancing rules and strict safety protocols—or, in the case of long-term care sites, stay away from residents entirely. In response, they are finding creative solutions.

“You brought peace to me and peace to my family.”

Rabbi Hetsroni wears protective gear and often stands in hallways or patients’ doorways to carry out his duties. His role is more vital than ever: To limit the spread of the coronavirus, families are prevented from being with loved ones, often leaving Rabbi Hetsroni as the only person in the patients’ presence during their struggles or their final moments.

Not long ago, he answered an urgent request by JGH staff to see a man in his 70s. The patient’s daughter in Australia desperately wanted the rabbi to come to her father’s side, because he was dying of COVID-19.

Even though it was the first night of the holiday of Passover, Rabbi Hetsroni left his own family, went to the hospital and stood at the man’s door, where he said a final prayer. “I tried giving him comfort on the night he died,” he says.

The next morning, the rabbi received a phone call from the daughter. “She told me, ‘If I didn’t know someone was there while my father was dying, I could never forgive myself. You brought peace to me and peace to my family.’”

At other times, Rabbi Hetsroni has helped patients through their most difficult moments. He brought a recovering COVID patient a binder filled with family photographs and drawings from his grandchildren, along with some matzoh during Passover. 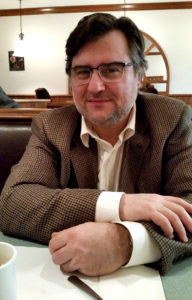 The man, who has since been released from hospital, cried in gratitude. “I feel it really gave him strength,” Rabbi Hetsroni says.

In some of the CIUSSS’s long-term care sites, chaplains are also devising ways to provide support to residents who must remain at a distance.

At the Saint Andrew Residential Centre, Chaplain Kosta Theofanos has typed out a homily and prayer that was distributed to staff and can be read to residents at appropriate times. He has also begun live-streaming Sunday worship services, as well as weekly Tea & Talk outreach sessions.

“It’s our way of connecting with them, of letting them know they’re cared for and not alone,” Chaplain Theofanos says. “It’s saying that we’re with them throughout the journey, and there are signs of hope.”

He acknowledges that the physical separation imposed by the coronavirus has been difficult. “A chaplain is so bound to the seniors he loves, from the moment their relationship begins to the last goodbye,” he says. “I miss them badly.” 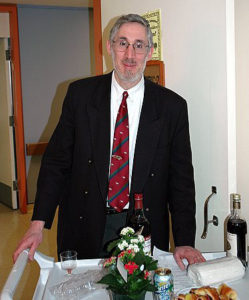 This is why Chaplain Theofanos has sought out alternatives, offering a form of virtual communion with the elderly men and women he has grown to know and care for. “There are other ways of being present,” he says.

Before the outbreak, he would check in with them regularly, visiting some for sit-down conversations and looking in on others who were ill.

“I wish I were immune, so I could walk around and be there,” Rabbi Wolff says.

In the meantime, he has found ways to be useful. He calls family members once a week, advocates on patients’ behalf, and works as a bridge among residents, families and staff.

He also offers to recite a Jewish prayer of healing off-site, believing in its power, even if he is not by the residents’ side. “It doesn’t matter where you are,” Rabbi Wolff says, “if you have them in your thoughts spiritually.”